According to him, Nigerians would prefer to be united as they don't want anything that will disturb their peace. 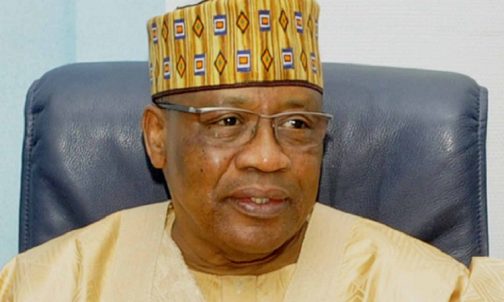 IBB
A former Nigerian military Head of State, Ibrahim Badamosi Babangida, IBB has spoken his mind concerning separatist agitations in some parts of the country.
According to him, Nigerians would prefer to be united as they don't want anything that will disturb their peace.
The former Head of State spoke on Arise TV when he was asked about his take on the agitation for Biafra and Yoruba nation.
He noted that Nigerians are against secession because they prefer their peace of mind.
According to Babangida: “It is always good to agitate but because there is this belief that this country should be one.
“When they make the noise, they find that it won’t get supported because Nigerians generally don’t believe in anything that would disturb their peace of mind. They won’t do it.
“If you look back, if you take a place like Baga, in the north-east, the Igbo man, Yoruba man travelled up to Baga for trading, he lived very comfortably, he lived very well with the people around there.”
Lately, Nnamdi Kanu, the leader of the Indigenous People of Biafra, IPOB, has been in the forefront agitating for Biafra agitation, while Sunday Adeyemo, aka Igboho, has been pushing for Yoruba Nation.
Top Stories