This came some hours after the Media and Publicity Secretary of the secessionist group published that the protest would commence on August 9. 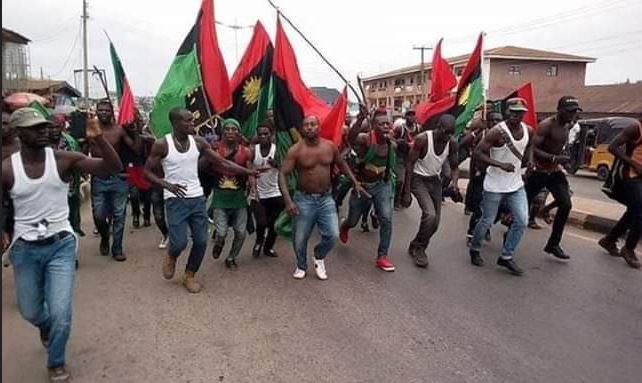 According to a report by The PUNCH, Kanunta Kanu, younger brother to the leader of proscribed Indigenous People of Biafra, Nnamdi Kanu, has suspended the ‘Every Monday” sit-at-home protest of the group in the South-East.

This came some hours after the Media and Publicity Secretary of the secessionist group published that the protest would commence on August 9 to prevail on the Federal Government to release Kanu who is currently in detention for treasonable felony.

But Kanunta in a release said the planned sit-at-home directives have been suspended to allow the students in the geopolitical zone to participate in the National Examination Council .

He said a new date for the commencement of the sit-at-home order would be announced later.

Kanunta said the group arrived at the decision, after listening to pleas from well-meaning individuals and groups within and outside Biafraland that the order be suspended to allow students from Igboland to participate in the NECO Exam.

He said,”IPOB has listened to pleas from well-meaning individuals and groups within and outside Biafra land that we consider the fate of our children who will be involved in the NECO Exam and based on that, we decided to shift grounds over the sit-at-home order”.

” IPOB on its part, having realized the academic deprivation the already marginalized Biafra students who entered for this year’s NECO would suffer, decided to suspend the sit-at-home order to a later date, to allow the students take their exams.

“Allowing the sit-at-home to go ahead as earlier announced, in the face of the NECO Exam would amount to assisting enemies of Biafra to inflict more injuries on her children.

“As a group fighting for the liberation of her people from oppression from her enemies, we realized that it would amount to assisting the said enemies to inflict more harm on our children if we do not suspend the sit-at-home order to allow Biafra students take their exams”.

“The sit-at-home order has not been cancelled, but only suspended for the sake of Biafra students taking this year’s NECO Exam. IPOB global family members and Biafrans at large to await further directives in this regard.