The protest was organised by the Save PDP Group. They called for the resignation and immediate sack of Secondus. 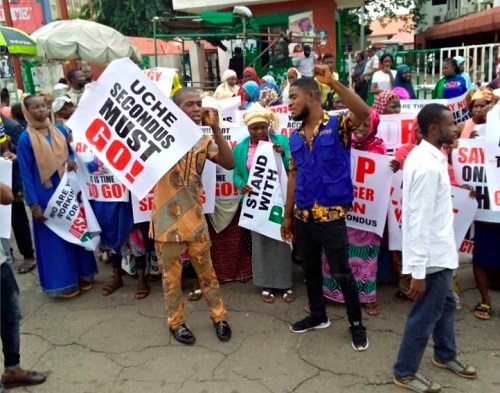 PDP members protest in Abuja against Uche Secondus
Members of the main opposition party, the Peoples Democratic Party on Monday protested against the party's chairman, Uche Secondus as they called for his resignation.
The protest took place at the Wadata Plaza, national secretariat of the party in Abuja.
The youths and members of the party marched peacefully across major streets of Abuja.
The protest was organised by the Save PDP Group. They called for the resignation and immediate sack of Secondus.
Addressing newsmen at the party’s secretariat, leader of the protest, Comrade Tamunotonye Inioribo accused Secondus of polarizing the party for his own selfish interest, saying he is to blame “for the defection of three governors and dozens of Senators from the party.”
According to him, organs of the party including, the PDP Governors’ Forum, National Working Committee, National Executive Committee “are all divided.”
Tamunotonye also accused the chairman of creating factions in states for his own selfish ambition even as he noted that most departments of the party have been crippled, owing to what he called a deliberate attempt to weaken the party for selfish reasons. 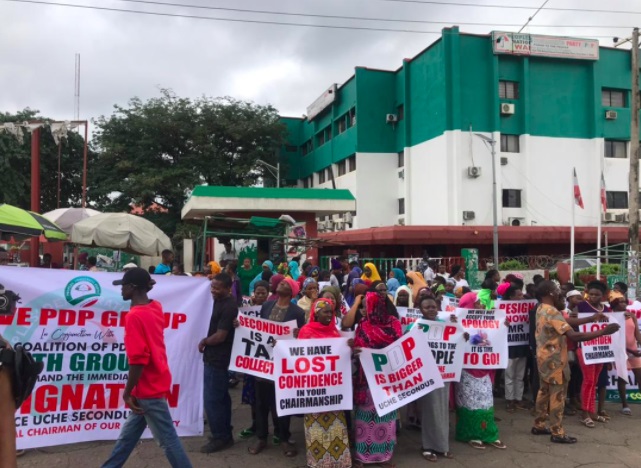 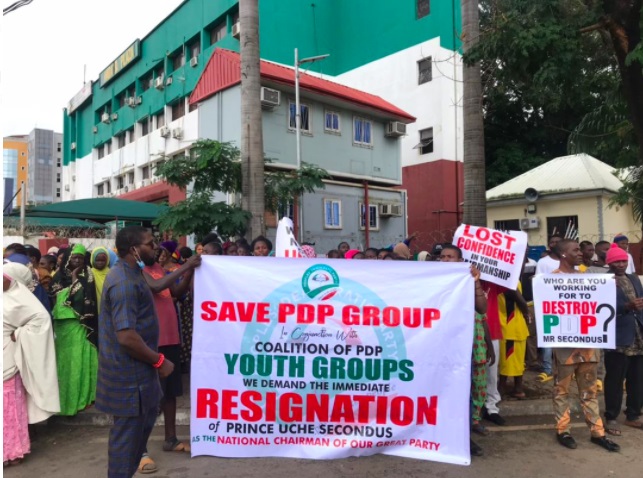