During the chase, the driver behind the wheels of the customs vehicles rammed into people standing by the side of the road, killing and injuring many. 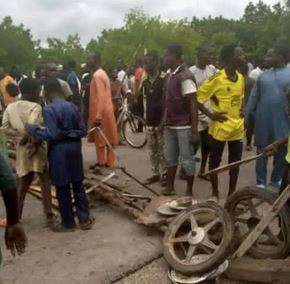 Six lives were lost and over 20 others sustained injuries after a van belonging to the Nigeria Customs Service rammed into people by a roadside in Jibia town of Katsina State early Monday morning, August 9.

The accident allegedly occurred while customs officers were chasing a J5 Peugeot bus they suspected was used for rice smuggling.

Accordint to Premium Times, during the chase, the driver behind the wheels of the customs vehicles rammed into people standing by the side of the road, killing and injuring many.

The injured were taken to the hospital and there are unconfirmed reports that some more of the injured have also succumbed to their injuries.

Following the accident, the customs officers are said to have ran away from the scene, leaving their van behind.

Angry youths in the area set the vehicle ablaze.

Reacting, the Public Relations Officer of the Service in Katsina State, Danbaba Isa, disputed the account that the officers were pursuing a vehicle.

He told Premium Times: "What we know is that it was an accident that can occur to anyone. The accident occured this morning after some of our officers finished eating and were returning to their checkpoint when their vehicle developed brake fault and it resulted in the accident."

Jibia is on the Nigerian border with Niger Republic, and many of its residents engage in cross-border trades. 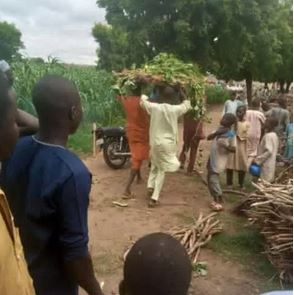 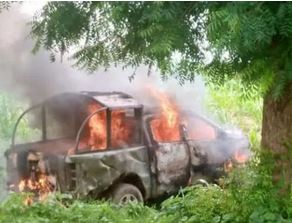