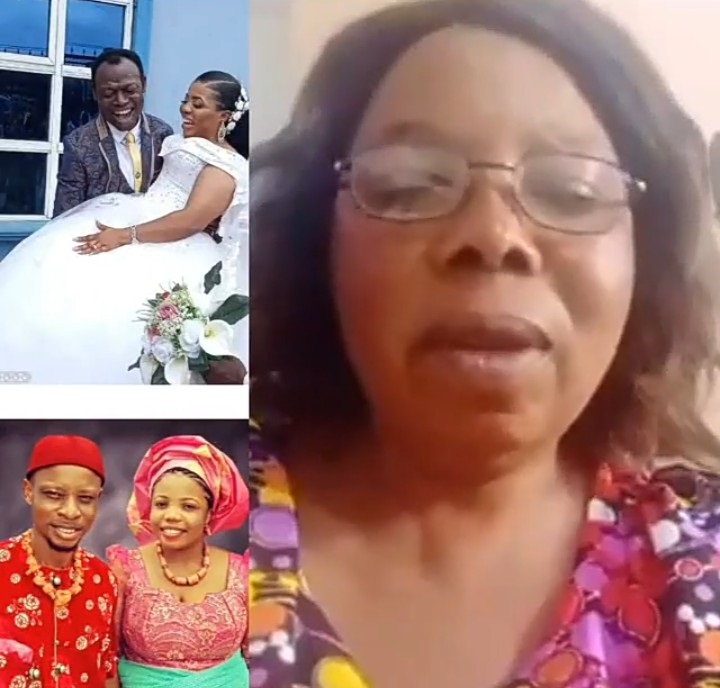 The woman defended her daughter for marrying the pastor
The mother of a woman who abandoned her husband to marry a pastor has spoken.
Recall that Pastor Moses Adeeyo, General Overseer of World Bank Assembly recently courted controversy by marrying one Tina who is said to have left her husband to marry the pastor.
Reacting, the mother of Tina has defended her daughter.
In a video, she explained that her daughter's first husband, Bright Ben, didn't pay bride price when he married her daughter 12 years ago, despite doing the traditional marriage and church wedding.
She went on to allege that her daughter suffered abuse from Bright and returned home multiple times, but Bright always came back to beg.
She also referred to her daughter with her new husband's name, "Tina Adeeyo".
Tina and Pastor Moses Adeeyo got married on Sunday, August 8, 2021.
However, many people have described her as a liar who is just talking because she's enjoying money from the pastor.
Watch video below: