Gates who was the fourth-richest man in the world dropped after transferring stock to his wife. 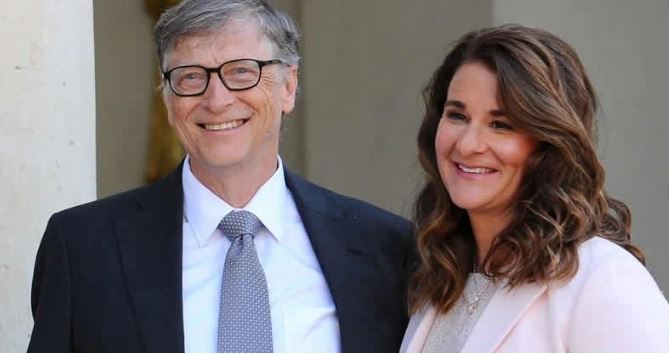 Bill and Melinda Gates
Bill Gates is no longer the fourth richest man in the world.
The co-founder of Microsoft Corporation, Bill Gates, dropped in Forbes’ real time billionaire ranking after transfering stock to his wife following their divorce.
Gates who was the fourth-richest man in the world dropped to the fifth position. According to Forbes, he’s now worth $129.6 billion, slightly less than Facebook CEO Mark Zuckerberg.
This was after a fresh set of stock transfers to his ex-wife Melinda French Gates who is now worth an estimated $5.6 billion.
Nearly $2.4 billion worth of stocks were on Thursday transferred to Melinda from Gates’ investment vehicle, Cascade Investment LLC.
The billionaire had transferred $3.2 billion worth of stocks to Melinda in May.
“Melinda received 3.3 million shares of AutoNation AN +0.5%, worth about $392 million, according to SEC filings. She now owns 8.8% of the Florida-based car retailer. Cascade also transferred 2.8 million shares of farm equipment maker Deere & Co. DE +0.9% now worth $1 billion and 9,5 million shares of Canadian National Railway Company, now also worth $1 billion,” Forbes reported.
Melinda will likely receive shares from her ex-husband’s other investments; the ultimate amount she will get from him is yet to be determined.
Top Stories