It was gathered from one of the lawyers handling the cases of the detainees that the police team under Kyari extorted between N1 million and N1.5 million each from the suspects later freed. 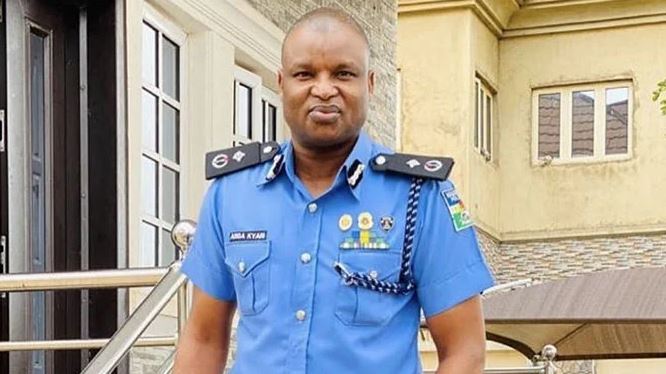 According to reports, suspended Deputy Commissioner of Police, Abba Kyari, allegedly extorted at least N1 million each from seven suspected members of the Indigenous People of Biafra (IPOB)

This is according to a report by SaharaReporters.

The report has it that the seven suspects were among over 50 persons arrested from the South-East during various raids.

SaharaReporters learnt that the IPOB suspects were raided by the Kyari-led team between March and June 2021, whisked away to Abuja, and were detained at the former Federal Special Anti-Robbery Squad headquarters, Abuja, notoriously known as “Abattoir.”

SaharaReporters gathered from one of the lawyers handling the cases of the detainees that the police team under Kyari extorted between N1 million and N1.5 million each from the suspects later freed.

It was learnt that those who could not afford the bribes remained in cells – including four married women.

The women’s names are given as Mrs Maria Ezedialu, arrested in Owerri (Imo State) in March 2021, and transferred to IRT, Abuja; Mrs Ngozi Umeadi, a nursing mother arrested at a hospital in Onitsha (Anambra State) where she was receiving postpartum care; Mrs Ngozi Dave, arrested in Lagos State; and Mrs. Ifeyinwa Ebole, who was arrested with her husband, Cletus Ebole.

SaharaReporters learnt that the IRT under Kyari, who is now suspended over a probe linking him to serial internet fraudster, Ramon Abbas, alias Hushpuppi, coordinated the mass arrests of South-East residents under the guise of IPOB members with three other top police officers.

The officers are identified as CP Abutu Yaro, in charge of the Imo State command; DCP Kolo Yusuf of the Special Tactical Squad and Tactical Intelligence Unit, and one DIG Tijani Baba of the Directorate of Force Intelligence Bureau.

“The South-East residents were all raided and arrested by the Kyari’s team as IPOB suspects and detained without access to families or lawyers until some of them were taken to an Area Court in Abuja and granted bail,” Emeka Umeagbalasi, leader of the International Society for Civil Liberties and Rule of Law, a civil rights organisation based in Anambra State, told SaharaReporters.

“At abduction, their mobile phones were seized leading to electronic disappearance of the victims’ bank deposits and tracking down of their friends, business associates, in-laws, and relatives, numbering dozens who were abducted,” he added.

“Intersociety was also reliably informed that seven of the 24 survivors in that section of the IRT later left after each of them was forced to part with N1 million or N1.1 million, remaining 17 of them who could not afford the sum.”

The Intersociety in a report released on Tuesday and obtained by SaharaReporters added that there are at least 80 uninvestigated and untried South-East Residents that have been taken away by the police since March 2021.

“The recent custodial killing of detained Igbo citizens was disclosed to Intersociety by an activist and legal practitioner who is very conversant with the matter and has been following same. There are hundreds of others arrested mainly in Imo State under the direct supervision of CP Abutu Yaro and handed over to DCP Abba Kyari’s team for ‘further interrogation and investigation in Abuja’. Some may have been killed.

“Information about the women and others was received a few days ago after 15 of the remaining survivors in that section were arraigned at an Abuja Area Court on August 2 and remanded at Keffi in Nasarawa State,” the report partly reads.