The woman who sells ewa agoyin - a popular boiled red beans and stew - visibly showed her support for Whitemoney by campaigning for him. 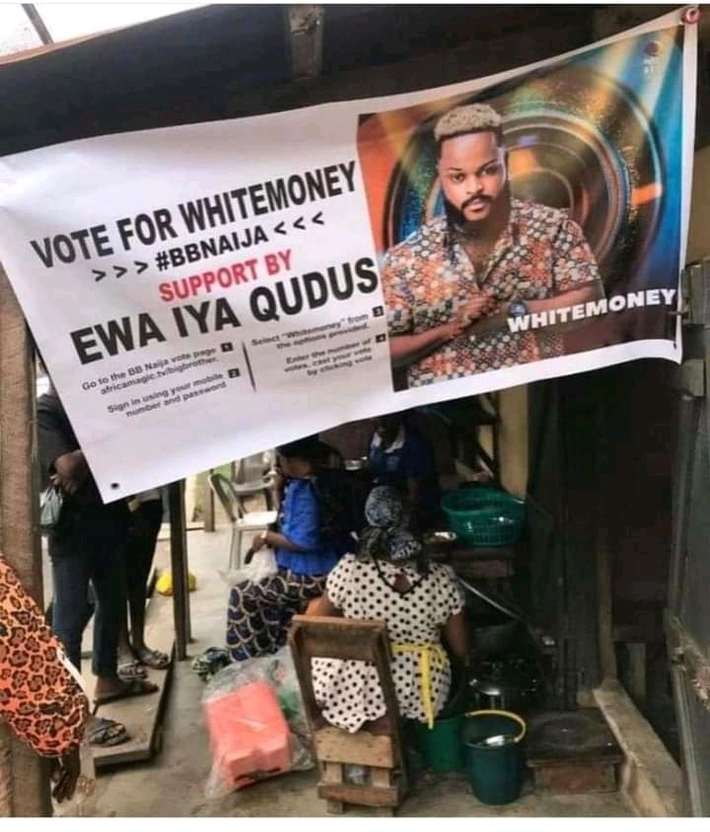 Vendor mounts banner for Whitemoney
A food vendor has mounted a banner canvassing for votes for Big Brother Naija season 6 housemate, Whitemoney.
The woman who sells ewa agoyin - a popular boiled red beans and stew - visibly showed her support for him.
The inscription on the banner urges viewers to vote for white money. The inscription also gives direction on how to go through the voting process.
White money over time has stated his love for cooking which has even caused a somewhat friction between Pere the current head of house and White Money.
Pere declared that whitemoney uses cooking as a strategy to win and in order to disarm him, as head of house Pere relieved White Money from his kitchen duties.
Recall also that Whitemoney has always mentioned that he sold good at one time in his life. It could be that this food vendor in solidarity to his fellow food vendor decided to go all out.
Top Stories