The 53-year-old executive, who is Samsung's de facto leader, walked out of the Seoul Detention Center in Uiwang, a city just south of Seoul, on Friday morning. 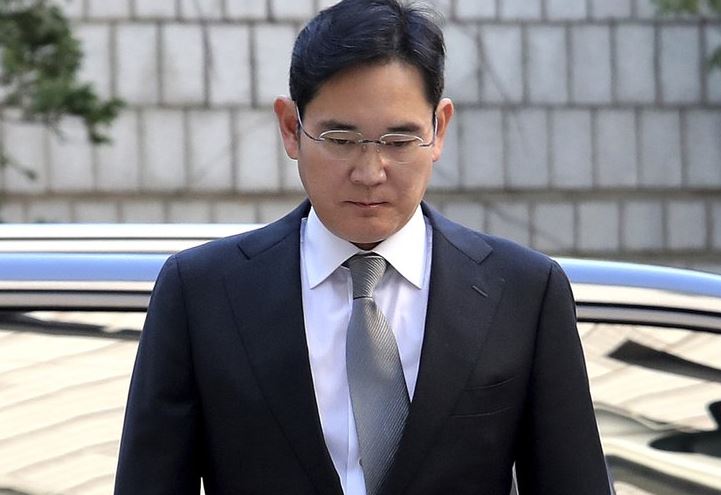 Lee Jae-Yong, Samsung Electronics Vice Chairman, who served 18 months of a 30-month prison term for corruption has been granted paroled on Friday, August 13.

The 53-year-old executive, who is Samsung's de facto leader, walked out of the Seoul Detention Center in Uiwang, a city just south of Seoul, on Friday morning.

Lee Jae-yong — the 202nd richest person in the world according to Forbes, with a net worth of $11.4 billion — was serving a two-and-a-half year prison sentence for bribery, embezzlement and other offences in connection with the corruption scandal that brought down ex-South Korean president Park Geun-hye.

But calls for his early release from both politicians and business leaders grew in recent months over what they claimed was a possible leadership vacuum at the South’s biggest conglomerate.

The justice ministry announced Monday, August 9, he had been paroled with over 800 others, citing concerns over the coronavirus pandemic’s impact on the economy.

As he walked out of the Detention Centre, Lee, wearing a mask, told reporters: "I am very sorry for making people worried. I know there are concerns, criticism, worries and big expectations for me. I will do my best."

He then got into a vehicle and departed.

Numerous people gathered outside the prison, some in support of his release and others opposing it. Those who opposed questioned why convicted business titans often receive leniency in South Korea.

Lee was put on a list of 810 prisoners to be released on the occasion of Liberation Day, which falls on Sunday and marks the end of Japanese colonial rule over the Korean Peninsula in 1945.

The nine-member Parole Review Committee, chaired by Vice Justice Minister Kang Sung-kook, decided to release Lee in a meeting on Monday, hoping that his presence in the executive suite will provide a boost to South Korea's economy.

"In particular, Samsung Electronics Vice Chairman Lee Jae-yong was included on the list as we considered the national economy and global economic circumstances due to the COVID-19 pandemic," a justice ministry statement says. "We also considered various factors, including public sentiment and his attitude in prison."

The presidential Blue House asked people to understand Lee's release as a choice made in the country's interest.

"Many people wanted parole as they have expectations for [his] role in the fields of semiconductors and vaccines amid the serious crisis," said Park Su-hyun, spokesperson for President Moon Jae-in, in a briefing on Friday after Lee left detention.