Ohanaeze, in a statement by its secretary-general, Okechukwu Isiguzoro, faulted Ogunlewe and accused him of engaing in “fallacies and falsehoods.” 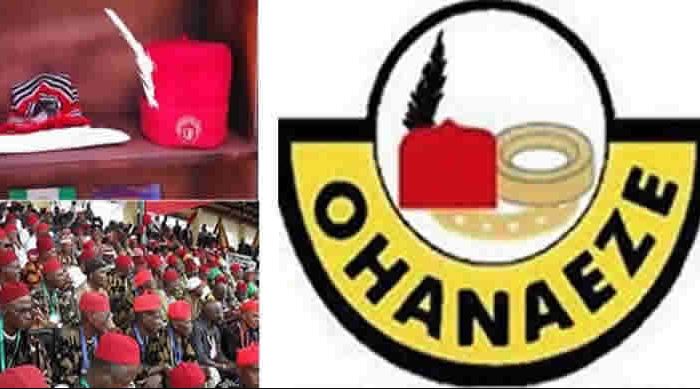 A faction of Ohanaeze Ndigbo World-wide has said that many presidential aspirants from South-East are putting finishing tourches to their plans.

The group said this while reacting to a comment by a former Works and Housing Minister, Adeseye Ogunlewe, that South-East cannot produce Nigeria’s president in 2023 because they lack unity.

Ohanaeze, in a statement by its secretary-general, Okechukwu Isiguzoro, faulted Ogunlewe and accused him of engaing in “fallacies and falsehoods.”

The group threatened that blocking the South-East presidential aspirants may lead to seccession and disintegration.

Contrary to Ogunlewe’s claims, Ohanaeze said the Igbo are united in its aspiration for the 2023 presidency.

The statement read in part, “Ordinarily, we would have ignored the man suffering from mouth diarrhoea, but we call on Nigerians to ignore him, as 2023 is the not about South East but the repair of a country sinking deep into the abyss of disintegration and insecurity.

“Ogunlewe is not speaking for “Omo Oduduwa or Yoruba nation” men and women of morality from the South East are supporting and canvassing for the 2023 Igbo Presidency, not the 2023 South East Presidency, the difference between the former and latter is what the likes of Ogunlewe may not comprehend easily.

“The survival of Nigeria beyond 2023 lies in the fact that every section of the country had tasted the Presidency except the Igbo, and attempts by the fifth columnist to coax and intimidate a Nigerian president of Igbo extraction is the quickest route to disintegration and an unending secessionist movement in Nigeria.

“We are clamouring for Igbo presidency, not South-East presidency, whether an Igbo from Niger Delta or Benue or Kogi or South East emerges in any major political party, we will identify with him and support him.

“Igbo leadership is at the forefront of this noble project, and Igbo presidential hopefuls are putting finishing touches on 2023 Presidency, surely we hope Ogunlewe will jump the ship immediately Igbo succeed President Muhammadu in 2023.”