They expressed fears over the de-radicalisation of repentant members of Boko Haram by the Nigerian Army under its Safe Corridor programme. 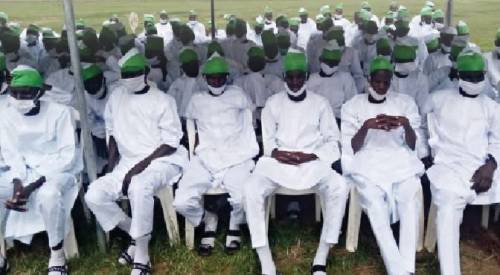 Abubakar El-Kanemi, the Shehu of Borno, and other traditional leaders in Borno State have said it will be difficult to reintegrate repentant Boko Haram members into their communities.

They expressed fears over the de-radicalisation of repentant members of Boko Haram by the Nigerian Army under its Safe Corridor programme.

However, El-Kanemi said the idea was relatively welcome but noted that the people would continue to be haunted by the horrors of the 12-year insurgency, especially residents of communities where the repentant insurgents are to be incorporated.

“The Safe Corridor programme of the Nigerian Army led to the de-radicalisation of repentant terrorists in Gombe State. But it will be very difficult if not impossible for us to reintegrate the repentant insurgents into our destroyed communities,” he said, adding that Bama township and its college of education were overtaken by Boko Haram in September 2014.

The insurgents were reported to have killed 13 district heads and several ward heads in 16 local government areas of the state.

“It is easy to forgive for the destruction of many lives and property, but difficult to forget the wanton loss of lives in the various communities of my Chiefdom,” the Shehu of Borno said.

“Many people were killed along with their property for 12 years. And you people and the media expect us to forget and forgive the repentant terrorists?”

On Tuesday, the Nigerian Army in a statement by its spokesperson, Onyema Nwachukwu, announced that no fewer than 1,000 Boko Haram and Islamic State West Africa Province (a Boko Haram offshoot) members had laid down their arms and surrendered to the troops.

SaharaReporters was told that the repentant fighters were 335, while their family members were 746 women and children, adding up to 1,081 persons.

Among the repentant terrorists were the logistics suppliers for the Boko Haram and ISWAP, Musa Adamu, aka Mala Musa Abuja, and his second-in-command, Usman Adamu, who turned themselves in to the troops of Operation Hadin Kai of the Nigerian Army.