According to the man, 95% of men married to virgins enjoy their marriages. 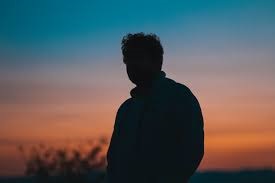 A man has submitted that virgins make better wives.
The man identified as Neo gave his opinion on social media.
In a lengthy tweet, he mentioned that 95% of men married to virgins enjoy their marriages because there’s no baggage such as jumping from one man to another or committing series of abortions in the past.
Here’s what he wrote;
“I know a guy who is not so big, pleaded with his virgin wife that he wouldn’t want childbirth to ruin their sex life so they made a decision to give birth to all their 3 kids through CS. They currently have 2 girls and one boy. We are marrying virgins,Talk another thing please.
The most important thing in marriage is finding someone that will be a “PARTNER” in all the real sense of the word. A pharmacist I know married a nurse, pleaded with her to leave her high paying job and take care of the kids till they all go to boarding school. She gladly agreed.
All these standards people set online are from a place of hurt & bitterness most times,people are making their marriage work for them in their own way by making a whole lot of sacrifice. Oh less I forget to mention,the nurse too was a virgin. Virgins make better brides generally.
If these two guys I mentioned had married Non virgins who spent their prime jumping from one penis to the other,committing abortions and receiving enough heartbreaks, they would have been bitter because of past relationships and not agree to their husband’s pleas. TEAM VIRGIN.
Literally 95% of men I know that married virgins are enjoying their marriage. No exes to worry about, nobody telling you that you have small dick and don’t last long because their exes had bigger dicks and lasted longer.
No bitterness, no feminism, just Pure Love and vibes. People want what they want and how we feel about it is not their business. He doesn’t want a girl with a borehole Vagina and that is more than enough reason to marry a virgin.
How people on social media feel about it is not his business. As if girls don’t want men with big dicks because they believe having sex with a man with big dick makes the baby come out faster and the delivery painless. It is the most ignorant thing I ever heard because no dick is as big as a baby but to them their reason is valid and no one is judging them for it”.