The sprawling edifice is located in Wuse area of the Federal Capital Territory, different sources confirmed to SaharaReporters. 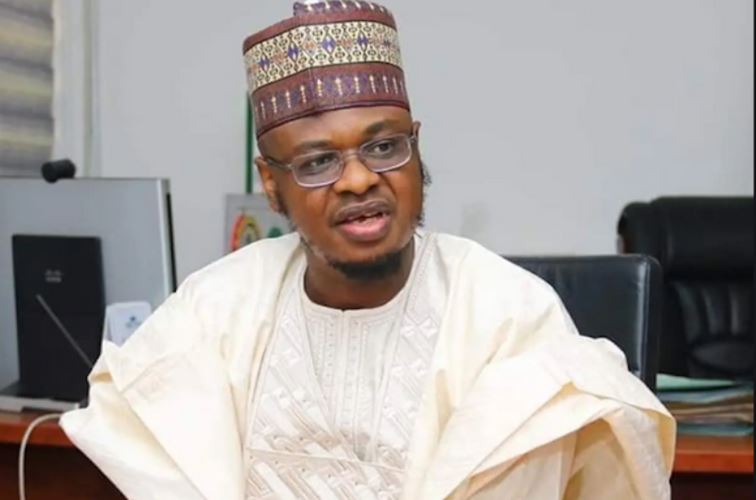 The sprawling edifice is located in Wuse area of the Federal Capital Territory, different sources confirmed to SaharaReporters.

The building it was learnt was gifted to the Minister as compensation for the different multi-billion naira projects being executed by the company for the Nigerian government, including the construction of over N3 billion National Digital Innovation and Entrepreneurship Centre.

The Centre located in Abuja is being financed by the National Information Technology Development Agency (NITDA).

“Cosgrove Investment Limited, a company that built one of Pantami's mansions in Abuja was the one given the job to build NITDA digital centre. It was gifted to Pantami and he made sure the company was awarded the contract to build the NITDA project,” a source said.

“The project was awarded for over N3 billion and the company was expected to give Pantami 10 percent of the total contract sum.”

The National Digital Innovation and Entrepreneurship Centre project was launched in Abuja in February 2021.

Despite his past call to Jihad and unalloyed support for murderous groups like the Taliban and Al-Qaeda, President Muhammadu Buhari appointed Pantami as communications minister to control the country’s massive data and telephone infrastructure and other sensitive details of national intelligence.

The President also recently stood by the minister after his past support for terrorist groups became public knowledge.

"This jihad is an obligation for every single believer, especially in Nigeria,’’ Pantami said in one of his vicious preachings in the 2000s. “Oh God, give victory to the Taliban and al-Qaeda (Allahumma’ nṣur Ṭālibān wa-tanẓīm al Qā‘ida).”