The suspects were intercepted and arrested with two locally fabricated guns while on their way to Garun-gabas market. 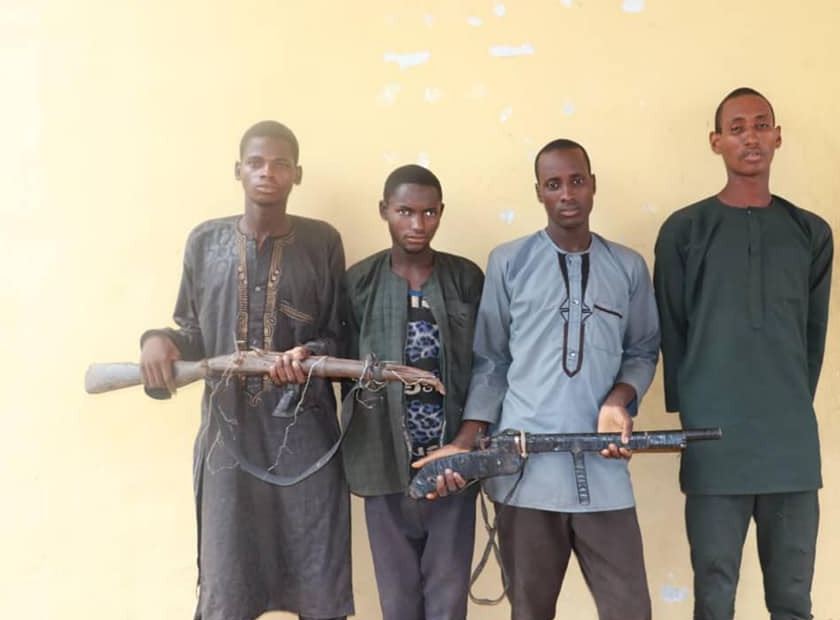 Four suspected bandits have been arrested by the Niger State State Police Command in Rafi Local Government Area and two locally fabricated guns have been recovered from them.

Spokesperson of the command, DSP Wasiu Abiodun, in a statement on Monday, August 23, said the suspects were arrested by operatives of puff adder II attached to Kagara Division.

The PPRO said the operatives acting on credible intelligence, arrested Shehu Usman, 21, Idris Ado, 20, Nasiru Dogo a.k.a Badari, 21, and Umar Yahaya,21, all of Fulani camp, near Garun-gabas village of Rafi LGA, on August 16.

"The suspects were intercepted and arrested with two locally fabricated guns while on their way to Garun-gabas market. During interrogation, the suspects confessed to some of their cattle rustling escapades at Garun-gabas and Garun-dangana villages and its environs in Rafi LGA," he stated.

"The suspects also confessed further that the two locally fabricated guns belong to their gang leader; one Lawal Mumuni who is currently at large. Effort to apprehend the said Lawal is ongoing as the case is under investigation." he added.