The nonagenarian was allegedly arrested in his house in the Rafin Sanyi area of Suleija on Saturday, August 21, 2021, with three kilogrammes of skunk. 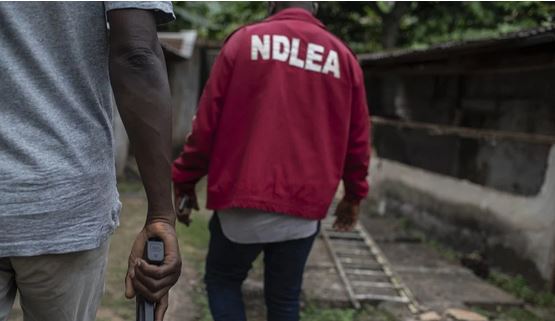 According to a report by The PUNCH, the operatives of the National Drug Law Enforcement Agency have apprehended a 96-year-old retired soldier, Pa Joseph Owherhi, in the Suleija area of Niger State for allegedly dealing in illicit drugs.

The nonagenarian was allegedly arrested in his house in the Rafin Sanyi area of Suleija on Saturday, August 21, 2021, with three kilogrammes of skunk.

A statement on Tuesday by the NDLEA Director, Media and Advocacy, Femi Babafemi, said the suspect confessed to the crime.

“He confessed that he had been living on the trade since he retired from the military in 1982, while he also claimed that he has eight wives and 50 children,” the statement said.

In a related development, four trans-border drug traffickers have been arrested in Adamawa State while allegedly attempting to cross on a motorcycle in Kolere village, in the Mubi North LGA to Cameroon on Sunday, August 22, with packs of tramadol concealed inside noodle cartons.

In Oyo State, the agency said it arrested a 35-year-old fashion designer, Abiodun Abubakar, at Bodija Market, in the Ibadan North LGA with 24.2kg of cannabis sativa.

In Lagos, it said coordinated sting operations across parts of the state, especially Itedo community, Lekki, and Petti in Lagos Island, led to the arrest of 13 suspects.

The NDLEA said 238kg of cannabis and two grams of cocaine were recovered from the suspects.