Although the car was badly damaged on the right side of it, all occupants came out unhurt. 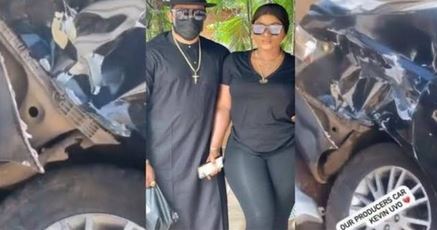 Nigerian actress, Destiny Etiko and her colleagues were involved in a ghastly auto crash on the way back from their deceased’s colleague, Stanley Okoro’s burial.

Stanley Okoro, who was popularly known for his comedy roles in movies, died on Wednesday, August 11 from a suspected case of food poisoning.

A candlelight service was held for the deceased on Tuesday and he was laid to rest Wednesday in Owerri, Imo State.

Although the car was badly damaged on the right side of it, all occupants came out unhurt.

Etiko, who shared a video of the damaged car, wrote: “We are just coming back from our colleague’s burial and this is what happened.

“We thank God nobody died but the car was badly damaged.” 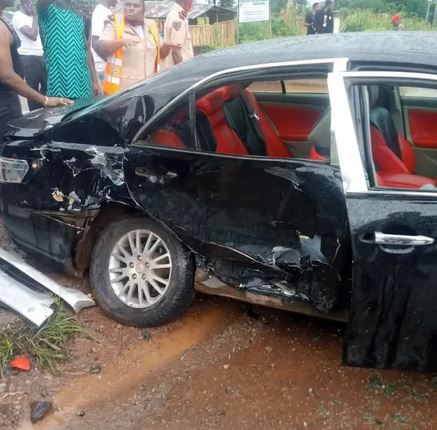 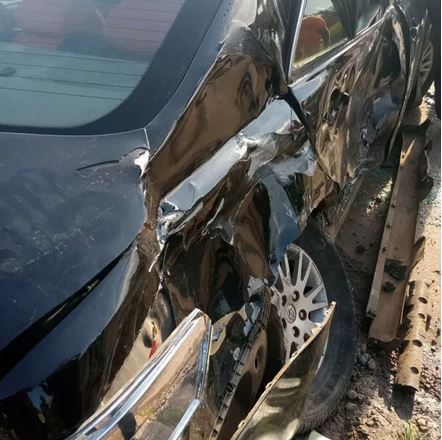