The source claims the pastor's wife, Blessing, had a boyfriend she had been seeing and already purchased a house in Canada where she planned to move to with her children. 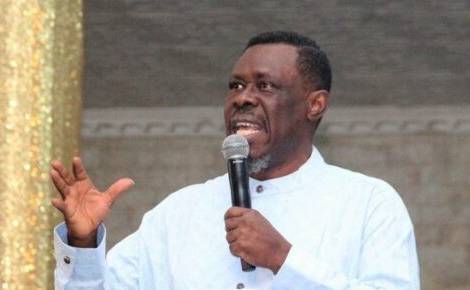 In what will come across as a really startling development, the family of Apostle Joseph Dominic Agboli, the founder of The Victorious Army Ministries International, Acme Road, Ogba, Lagos State, has alleged a foul play in the death of the cleric.

Agboli died last Wednesday at the age of 58 after a brief illness.

SaharaReporters learnt that the cleric was not able to preach on the pulpit on Sunday in the church as he was said to be sick.

However, a top source in the Pastor’s family alleged that his wife might have been the source of his death adding that she had hatched a plot to flee from Nigeria before the burial.

The source claims the pastor's wife, Blessing, had a boyfriend she had been seeing and already purchased a house in Canada where she planned to move to with her children.

She was also said to have received donations from well-wishers to the tune of N17million to fly Agboli abroad despite his demise.

The source said, “She has bought a property in Canada and she is trying to move with her children (who are currently in London) to relocate to Canada since they all have dual citizenship.

“She is collecting funds of N17million for flying him abroad knowing fully well he's dead. She knew about the death before now but she's playing so smart.

“She sacked all the domestic staff just immediately before the man passed on. All the reliable and loyal people around him, she chased them away with her attitude, including Baba Agboli’s family.

“The woman has a boyfriend she is secretly dating and she has two children from different fathers before marrying Papa Agboli and she did that with the help of a well-grounded charm and even when her children came for holiday, Papa Agboli didn't see them because they all went clubbing with their boyfriends.”

The church has, however, confirmed the death of Agboli on the pastor’s Facebook page, with his obituary displayed.

“Glory to God, It’s with a heavy heart, but unreserved submission to the will of God that the Victorious Army Ministries International announces the departure unto Glory of God’s servant, the Apostle, Joseph Dominic Agboli, who slept in the Lord on Wednesday, August 25th, 2021.

“Our confidence and joy is that he is, without doubt, resting in glory with Jesus, the Author and finisher of his faith.

“He is survived by a wife and five children. Funeral rites will be communicated in due time. Shalom.”