The Heads of House, Jaypaul and Jackie B, are free from immunity this week, while the rest of the housemates are up for possible eviction. 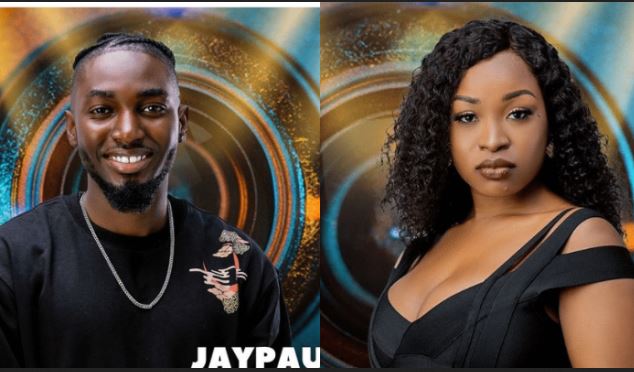 Jackie B and Jaypaul, the two Big Brother Naija Heads of House for week six, have picked Michael and Saskay as their movie dates tonight.

This comes after their emergence as the duo Head of House for this week, according to the new twist.

The Heads of House, Jaypaul and Jackie B, are free from immunity this week, while the rest of the housemates are up for possible eviction.

In addition to their immunity, the duo wins a free movie show from the streaming platform, Showmax.

Big Brother told Jackie B and Jaypaul to pick a date each for the movie night.

As expected, the duo picked their love interests. Jaypaul picked Saskay while Jackie B picked Michael for the movie.
Well, there’s still more rewards for the first ever duo Head of House in BBNaija history.

Jackie B and Jaypaul were given 200 BB tokens each as their rewards for winning the HoH title for the week.

With their new titles, Jackie B and Jaypaul get to enjoy the exclusive HoH room.

This may be new to Jaypaul but Jackie B has become a usual visitor to the HoH room as this will be her third time in the room.

She stayed in the HoH room as a Deputy in the second week and as a partner in the fourth week.