Panic As Robbers Machete Driver And Conductor, Hijack Truck Loaded With 900 Bags Of Cement In Edo


The suspects tied the driver with rope alongside his conductor after inflicting machete cuts on them and made away with the truck. 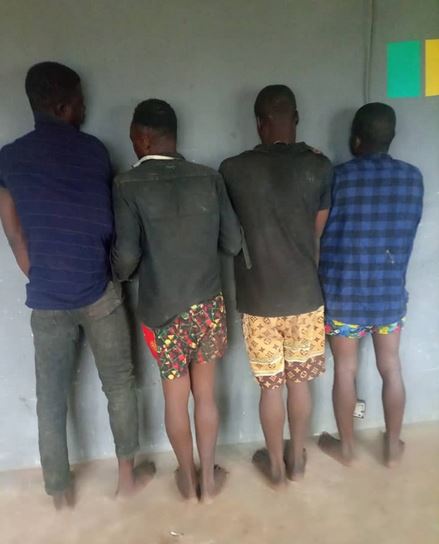 Four suspected robbers who allegedly hijacked a truck loaded with 900 bags of cement and inflicted injuries on the driver and conductor in Edo State have been apprehended by Operatives of the Delta State Police Command.

Acting spokesperson of the command, DSP Bright Edafe, in a statement on Thursday,  September 2, said the suspects allegedly hijacked the truck with registration number DAS 690 ZY at Okpella in Edo State from the driver, one Bature Ibrahim.

The PPRO said the suspects tied the driver with rope alongside his conductor after inflicting machete cuts on them and thereafter, made away with the truck. 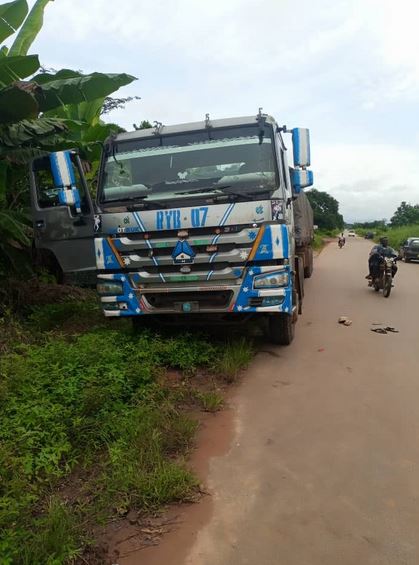 "On 31/08/2021 at about 0930hrs while Illah divisional patrol team were on aberdeen patrol along Illah-Asaba road, they received a report from one Bature Ibrahim a driver of company truck, that at about 0300hrs of the same date while trying to park his truck with Reg. DAS. 690 ZY loaded with nine hundred (900) bags of cement at Okpella in Edo State four (4) armed men emerged from the bush dragged him and his conductor into the bush gave them several machete cuts and tied them with rope then made away with the truck," he stated.

"The patrol swung into action immediately and after due intelligence led investigation, they located the truck somewhere in Illah where it was parked at Aniegele along Illah-Asaba road. On sighting the patrol vehicle the suspects jumped into the bush and took to their heels

"The police in a combined effort with the local vigilantes chased them and four (4) suspects namely Ozioma Umez 'm', Uchenna Idenyi 'm', Chibuike Nwamgbo 'm' and Chiolada Nomha 'm' were arrested in connection with the crime. Two (2) cutlasses were also recovered from the suspects. Investigation is ongoing." he added.