The 12 passengers were kidnapped along the Idoani-Ifira Akoko area of the state on Wednesday. 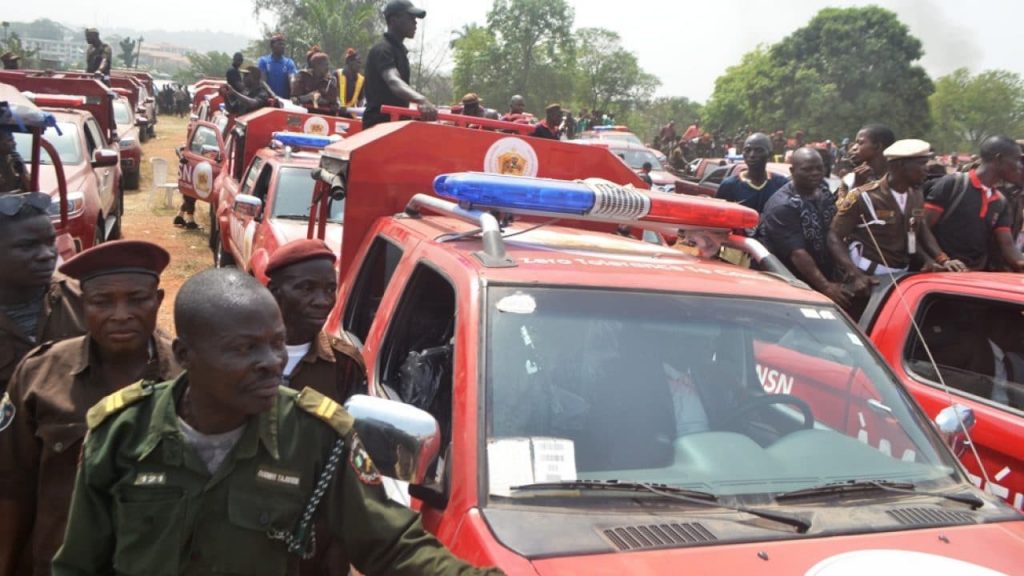 At least 9 out of 12 kidnapped passengers have been rescued in Ondo state by Amotekun operatives.
The 12 passengers were kidnapped along the Idoani-Ifira Akoko area of the state on Wednesday.
Recall that we reported that unknown gunmen attacked an 18-seater bus carrying the travellers from Abuja to Lagos and kidnapped 12 out of the 18 people in the bus.
It was gathered the criminals blocked the highway on the bad portion of the road and attacked the bus, forcing it to stop abruptly on the highway.
Confirming the rescue, Ondo state Commander of Amotekun, Chief Adetunji Adeleye, said gunshots from the gunmen attracted his men in the area who pursued the criminals into the bush.
He said only nine of the victims were rescued overnight by Amotekun operatives, adding that they are still combing the forest to rescue the other three victims.
Adeleye assured that the three other victims will be rescued unhurt while the hoodlums will be brought to book, saying the anti-kidnapping unit of the command had swung into action to ensure the release of the victims.
Also speaking, the state Police spokesperson, Funmi Odunlami, said the state Police Command was already working with sister agencies in the state to ensure that the travellers were rescued unhurt.
She said detectives from the command had been deployed to the forest to fish out the criminals and rescue the travellers unhurt.
Odunlami said: “As I speak to you, our anti-kidnapping unit has taken over that case and we expect something positive soon.”
Top Stories