However, his decision to hold election early didn't really pay off as his bid to win a majority of seats failed. 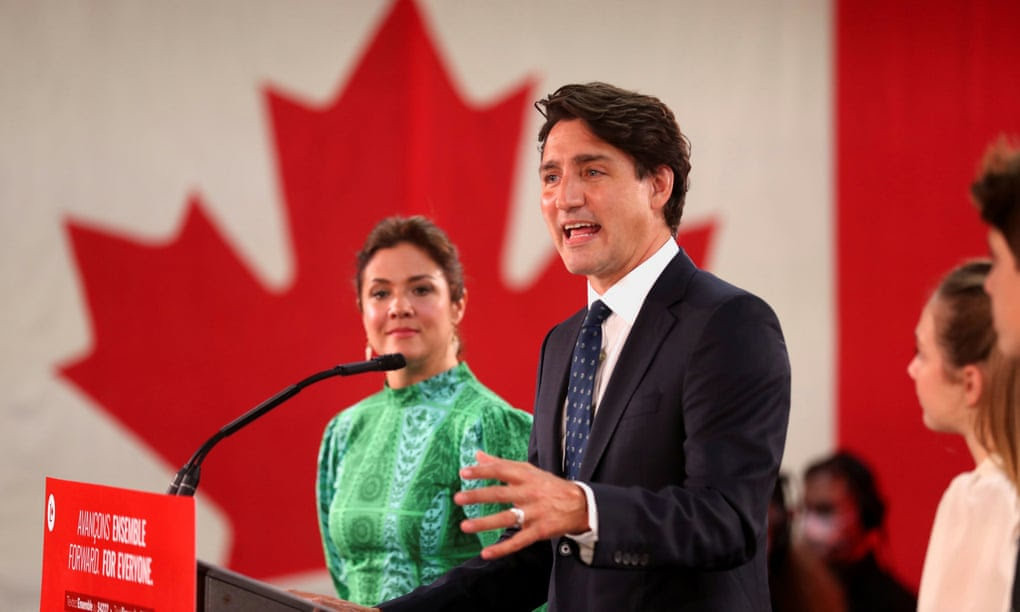 Justin Trudeau
Justin Trudeau has won an election to serve a third term.
He will now begin a third term as Canada's prime minister.
However, his decision to hold election early didn't really pay off as his bid to win a majority of seats failed.
The Liberals (Trudeau's party) won the most seats of any party, taking hold of 157 - the same number they won in 2019, and 13 short of the 170 needed for a majority in the House of Commons.
The result means  Trudeau, 49, and his second consecutive minority government will have to rely on other parties to govern.
Conservative Leader Erin O'Toole, whose party placed second, conceded defeat as results trickled in late into the night.
Early results indicated the Conservatives had 121 seats, the same number they won in 2019. The leftist New Democrats won 29, the Quebec-based Bloc Québécois were down three seats to 28, and the Greens remained at two seats.
Following his victory, he thanked his supporters on Tuesday morning, September 21, and promised he would work with other parties to serve all Canadians.
"You are sending us back to work with a clear mandate to get Canada through this pandemic and to the brighter days ahead," he said.
He also highlighted the issues important to his party's platform - climate action, affordable homes and childcare, pledging to continue to work on them.
"You have given this government and this parliament clear direction," he added.
Before the election, Trudeau led a stable minority government that was not under threat of being removed hence the opposition relentlessly accused him of calling an unnecessary early vote - two years before the deadline - for his own personal ambition.
Trudeau believed Canadians didn't want a Conservative government during a pandemic with their scepticism surrounding lockdowns and vaccine mandates, which he argued would be dangerous, and said people needed a government that followed science.
His government has spent hundreds of billions of dollars to support the economy through lockdowns and Canada is now one of the most vaccinated countries in the world.
Top Stories