Aforka, the Deputy Majority Leader, made the call in an interview with the News Agency of Nigeria on Friday in Awka. 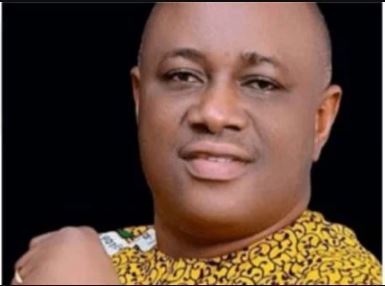 Emeka Aforka, an Anambra State lawmaker representing Orumba North State Constituency, has called on highly-placed government officials in the country to be mindful of their public utterances, The PUNCH reports.

Aforka, the Deputy Majority Leader, made the call in an interview with the News Agency of Nigeria on Friday in Awka.

He made the call on the heels of a statement ascribed to the Minister of Justice and Attorney General of the Federation, Abubakar Malami (SAN), “that the Federal Government may impose a state of emergency on Anambra if the new spate of violence persists during the November 6 governorship election in the state.

He described the statement as undemocratic, capable of throwing the country into chaos and highly unacceptable to him and the people of his constituents who are lawful people.

Aforka said that the declaration was not just a strong indictment of the ability of the government to handle the security challenges of the country, but a proof of failure on the part of the security personnel.

He said that the declaration had presented the President, Major General Muhammadu Buhari (retd), as the Commander in Chief of the Armed Forces, country’s Chief Security officer in charge of the Nigeria Police Force, State Security Service, Nigeria Security and Civil Defence Corps as incapable.

Aforka urged Malami to withdraw such undemocratic and unpatriotic statement which, he noted, had hugely embarrassed Nigerians, especially the Anambra public, before the world.

He said that the statement had confirmed the fear of some Anambra people that some politicians outside Anambra, in collaboration with their local followers, were behind the recent spate of killings in the state.

Aforka described the declaration as a ploy to frighten Anambra electorate from coming out to vote in the November 6 governorship polls, thereby enabling an environment for voter apathy.

He said that such a ploy will not work in Anambra governorship or any other form of elections in the state.

“Anambra electorate knows what their political aspirations are and cannot yield to political distractions of any type.

“The declaration is unable to intimidate Anambra people from coming out to participate in the governorship election of November 6, so the threat to impose emergency rule on the state is undemocratic.

“Anambra has not recorded death above 15 persons since the new spate of violence in the state, for a state that has for the past seven years enjoyed well-deserved reputation of being Nigeria’s safest and most peaceful state.

“Anambra has not recorded a fraction of casualties the nation has seen in places like Borno, Zamfara, Katsina, Benue, Plateau, Yobe, Niger, Adamawa, Taraba, among others, where terrorists have killed several thousands of civilians and attacked military formations.

“The bandits operating in Northern part of the country have even brought down some sophisticated combat aircraft. Were elections not held successfully in these states in 2019?

“Is the number of victims of the politically motivated violence in Anambra State anything near what the nation has seen even in such states as Imo and Ebonyi controlled by the ruling All Progressives Congress? Why hasn’t Malami considered a state of emergency in these APC-controlled states?” he asked.

Aforka said that it was certain that Malami threatened emergency rule out of extreme frustration and advised him to engage the legal procedures attainable in democratic setting.