Oyetola said he resigned from his position at the company when he became a government official and never bought the said mansion. 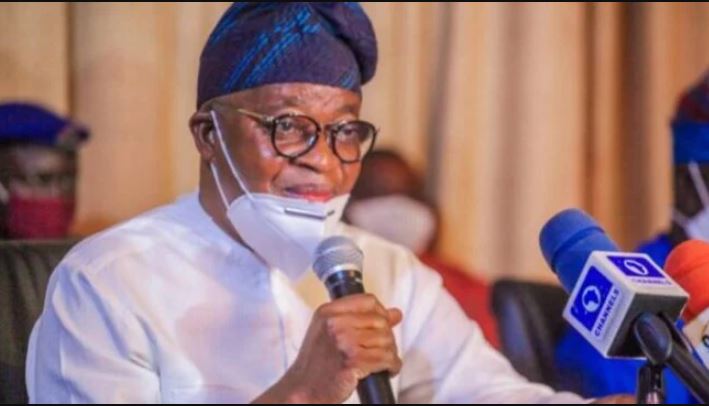 The governor of Osun, Gboyega Oyetola, has said that he was never involved in the purchase of a mansion in London from a company belonging to Kola Aluko, a Nigerian businessman who is being tried for money laundering.

Leaked files, which were reportedly retrieved from 14 offshore service firms around the world and revealed in a Pandora Papers project led by the International Consortium of Investigative Journalists (ICIJ), and which Premium Times is a part of, had shown that in July 2013, the property with title number 340992, was bought for £11.95 million by Zavlil Holdings Ltd, a shell company incorporated in the British Virgin Islands, a tax haven.

Zavlil Holdings Limited is reportedly owned by Aluko, an ally of Diezani Alison-Madueke, former minister of petroleum resources, who has been the subject of various investigations in Nigeria and abroad for allegedly taking part in shady oil contracts.

According to Premium Times, documents obtained from the UK property register revealed that in 2017, Mr Aluko “sold the house for £9 million to Aranda Overseas Corporation, an offshore company incorporated in the British Virgins Island by two of Mr Tinubu’s most trusted surrogates – Adegboyega Oyetola, formerly chair of Paragon Group of Companies and incumbent governor of Osun State, and Elusanmi Eludoyin, Mr Oyetola’s successor at Paragon”.

The newspaper also reported that the governor, who became a shareholder and director of Aranda, did not resign his position even while he served as chief of staff to his predecessor, Rauf Aregbesola.

But reacting in a statement by his chief press secretary, Ismail Omipidan,Oyetola said he resigned from his position at the company when he became a government official and never bought the said mansion.

“We have seen reports in some online media platforms concerning the Pandora Papers’ allegations. This is, therefore, to set the record straight,” the statement reads.

“Mr Adegboyega Oyetola, governor of Osun State, resigned his directorship of Aranda Overseas Corporation in 2011, when he took up the political appointment. He also surrendered his shareholding of the same company.

“Since 2011 to date, he has had no association, dealings and business transactions with the said company, as he is neither a director nor a shareholder of the said company. He, therefore, could not have acquired the said property in 2017, either directly or through the said company as being alleged.

“As a matter of fact, Oyetola has no relationship or link with the alleged owner of the property, Mr Kolawole Aluko, let alone go into a business dealing or transaction with him.

“He also complied fully with the law of the land by exiting Global Investments Offshore Ltd. as a Director in 2011, upon his appointment as the Chief of Staff to the immediate past governor of Osun State, Rauf Aregbesola.”