The former Miss Uganda contestant was mocked after she was spotted on an Okada. 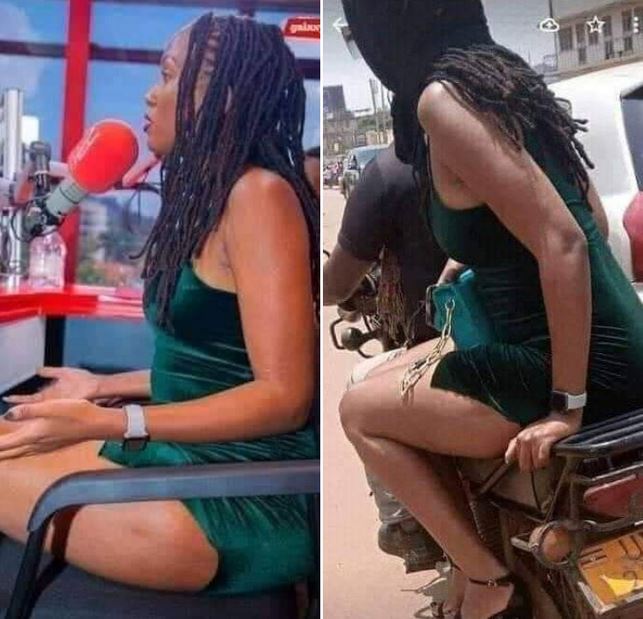 A popular Ugandan socialite, Doreen Kabareebe is currently facing backlash on social media for boarding a commercial motorcycle after an interview where she said she can’t be in a relationship with a man who doesn’t own a car.

She had warned men who didn’t own a vehicle not to try contacting her.

The former Miss Uganda contestant who is also known for sharing raunchy photos on social media, had told prospective lovers not to approach her if they don’t have a car.

Doreen said in the interview;

However she was spotted supposedly after the interview, wearing same gown, same hairstyle same wristwatch and sitting on a commercial motorcycle. 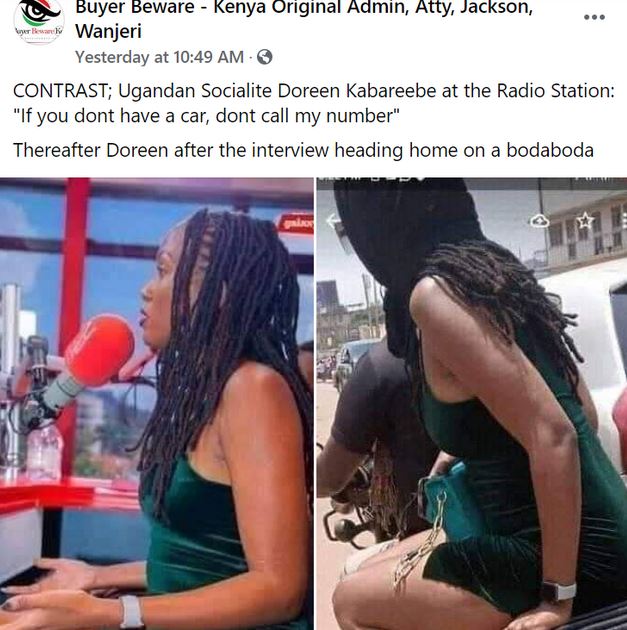