Big Brother Naija is hitting the big screens with every season, but how is it impacting society? Does it offer entertainment over morals? 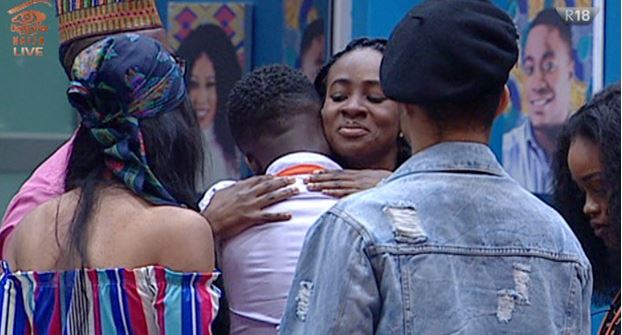 Image Source: https://flickr.com/photos/[email protected]/40886216481/
Big Brother Naija: Why Nigerians are Obsessed With The Reality TV Show
The popularity of the Big Brother Naija reality show has had both positive and negative impacts on society. The nudity and drama scenes may attract a wider audience, but they could be doing more harm than good.
Big Brother Naija is one of Nigeria’s popular reality TV programs featuring housemates from diverse cultures and socioeconomic backgrounds.  In its 6th season, the show features hot button topics that continue to polarize Nigeria. Big Brother Naija is popular in West-Africa countries and other countries, including Kenya, Uganda, South Africa, and Rwanda. This program runs unedited, and the participants are recorded in their actual characters.
Big Brother Naija draws upon the original concept where housemates are isolated in a building with several rooms. A dictator is then asked to monitor their activities. At the end of the program, a winner is announced and rewarded. It was started way back in 2006, and Efe Ejeba was the winner of the debut season. While the producer has incorporated suitable content bordering on health, religion, and culture, other scenes have raised concerns over the show’s authenticity. For instance, scenes of nudity have attracted a lot of criticism.
Why Big Brother Naija is Such a Big Drawcard
Television programs are tailored based on various concepts to achieve multiple goals, including entertainment, education, and informing the audience. Some of the themes include soap operas, musicals, interviews, documentaries, and news broadcasts. In Nigeria, reality television has taken over as the most popular fad in programming. Apart from Big Brother Naija, you will find other reality programs like Glo Naija, Nigeria’s Got Talent, and MTN’s Project Fame.
Big Brother Naija was started to showcase Nigeria's culture, which is why it has a wide coverage. Participants promote this culture through their languages, work habits, and their Nigerian attire. The techniques deployed in production are also a pull factor. The most prevalent one is the suspense which has kept the show relevant for years. Other reasons could be peer influence and the pleasure of seeing others suffer, which influence how people view actors’ and actresses’ lives outside the acting scenes. In a recent interview Foluke Daramola, a popular Nigerian actress, lamented that it is disappointing that society wants only negative news about celebrity lives.
How Does Big Brother Naija Benefit Nigeria?
There have been a few allegations of cheating and manipulation of votes to favor specific participants. This is one of the show’s criticisms, apart from the instances where obscene scenes are captured. On the positive side, the program has elevated the entertainment industry in Nigeria. For example, the industry has opened up to accommodate more actors, directors, and producers, essentially creating jobs for them. The country has also benefited from modern production techniques due to the pressure to meet the standards of other popular reality shows.
Big Brother Naija is a great deal when it comes to advertising. Several brands have contacted companies involved in production for promotions. As a result, they have gained a lot of revenue. Finally, the supply chain in the Nigerian economy has been boosted by the show. For example, the housemates are provided with food and other items such as clothes and cosmetics, forming a reliable supplier market.
Impact of the Show on the Nigerian Society
The program has both positive and negative influences on society. On the negative side, many young people have fallen prey to antisocial behavior because the show glorifies nudity and abuse of drugs. This show has negatively impacted people’s perception of Nigerian morality.
It has also affected people who source entertainment from decent reality television shows. Most have opted for other forms of passing time, such as playing online casino games for free and for real money. The best thing about online casinos is that you have access to the latest casino bonuses such as welcome offers, deposit bonuses, and no deposit offers. There are also tons of games to play, and you can fund your account using convenient payment methods such as Skrill and Paypal.
On the positive side, the show acts as a breeding ground for potential stars. The Nigerian entertainment industry has benefited in that many actors, filmmakers, and musicians have emerged from the competition. Also, the quest to become a winner has nurtured several young people to adopt hard work for their success.
Top Stories