It was learnt that the crash occurred on Friday around 12.45 pm, opposite Alkaleri Central Motor park, along Bauchi-Gombe highway. 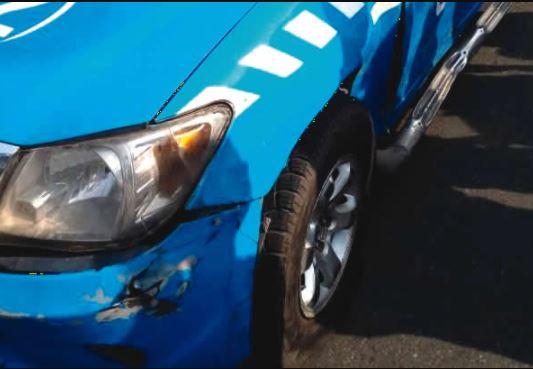 No less than two persons were killed after a patrol vehicle of the Federal Road Safety Corp in Bauchi State lost control and rammed into a shop, The PUNCH reports.

It was learnt that the crash occurred on Friday around 12.45pm, opposite Alkaleri Central Motor park, along Bauchi-Gombe highway.

The Sector Commander, FRSC, Bauchi State, Yusuf Abdullahi, who confirmed the accident in a telephone interview with our correspondent, said five other persons also sustained varying degrees of injury.

He said the driver of the patrol vehicle developed a sudden health challenge while on motion and ran into some people who were in front of a shop.

He added that the accident also involved the FRSC vehicle, a tricycle and two motorcycles.

He said, “It is true there was an accident. Our personnel were returning to the base after the routine patrol and suddenly, the driver shouted and ‘switched off’ on the steering. That was what happened. What happened next was that his vehicle went off the road completely.”

He expressed regret over the incident, saying that, “health challenge can happen to anybody and at anytime.”

As of the time of filling this report, he said the driver was still unconscious at the Alkaleri General Hospital where he was admitted after the incident.

“On behalf of the corps, our hearts reach out to the families of those who lost their lives in the incident. We pray that Allah will comfort them. We also wish those who were injured quick recovery,” he added.