Eyewitnesses at the scene of the ugly incident said that they heard a sound around 8 pm but, nobody expected it to be a gunshot. 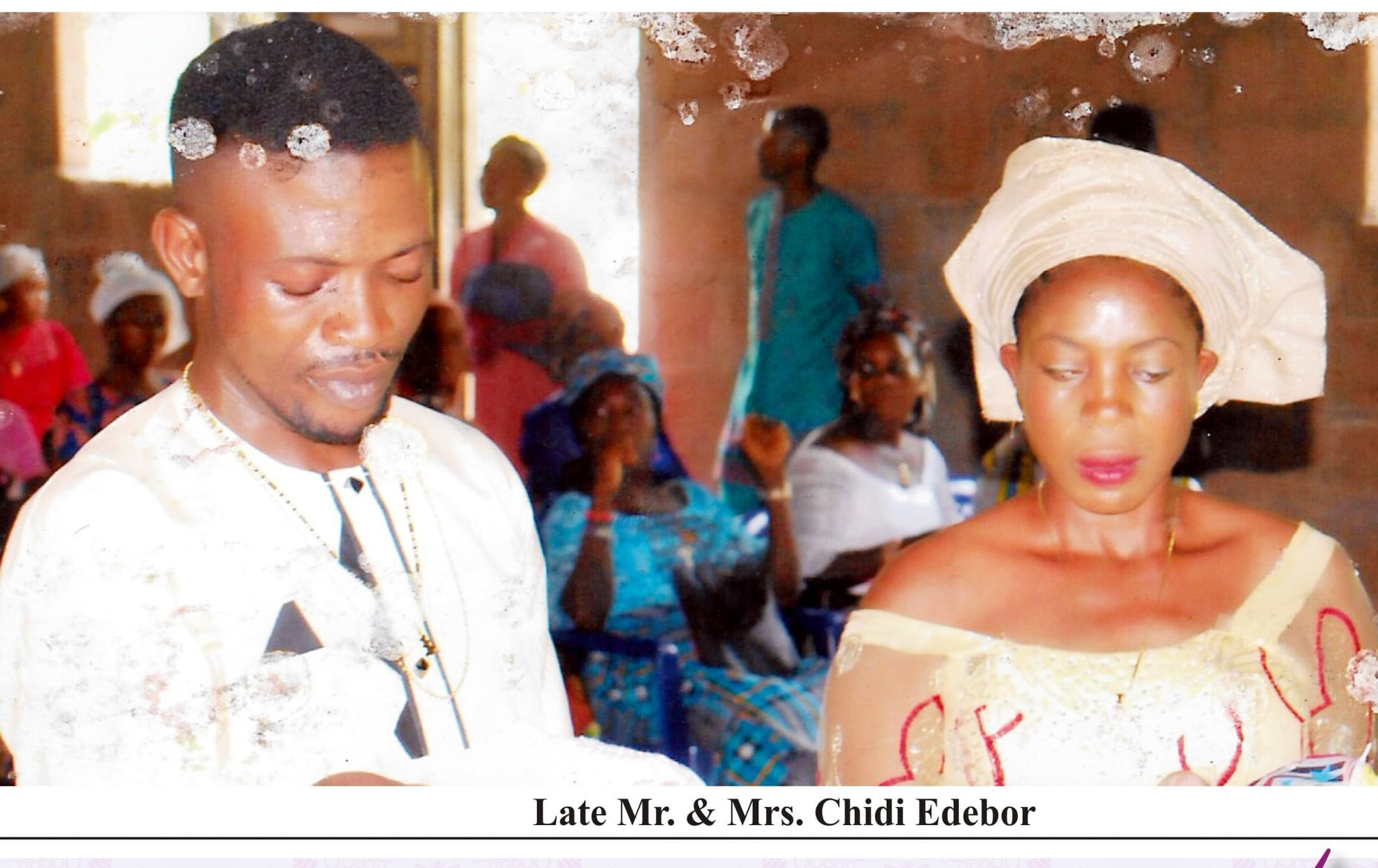 In what will come across as a really shocking development, a couple has been reportedly murdered by unknown gunmen in Ika South Local Government Area of Delta State.

According to a report published by Ika Weekly Newspaper on Sunday, November 7, the couple identified as Chidi and Rita Edebor, a hair dresser, were shot dead at Ekwuoma-Abavo community at about 8 pm on Wednesday, November 3.

Eyewitnesses at the scene of the ugly incident said that they heard a sound around 8 pm but, nobody expected it to be a gunshot.

According to the witnesses, Rita was later found by the roadside in a pool of blood and was rushed to General Hospital Abavo, where she passed away. Chidi, on the other hand died immediately from gun shot wounds.

An eyewitness said the only person who could have given the correct information was a little child of three years who was with the victims at the time of the incident.

However, the child could not explain what actually happened but said the men were two, armed and wore face masks.

Another eyewitness stated clearly that the gunmen were assassins and not armed robbers, noting that they did not enter into the victims’ house as he said the couple was seated outside of their house at the time of the incident.

Sympathizers described the couple as peace-loving people who were on good terms with neighbours.

The remains of the victims, who are parents to a set of twins, have been deposited in the mortuary while officers at Abavo Police Station had begun their investigations to fish out the killers.

In an interview with Mr. Friday Edebor, the older brother of late Chidi, said both families are still in shock over the murder of Chidi and Rita, saying that his younger brother and wife were peaceful people who never had any problem with people.

Mr. Friday lamented that the only brother he had was killed by the gunmen, asking what wrong he could have done to somebody to warrant his death.

Mrs. Edebor, the 80-year-old mother of late Mr. Chidi could not get the right answers to why her son and daughter-in-law were murdered, lamenting that the son is supposed to bury her and not the other way round. She then appealed to the Nigerian Police to fish out those behind the murder.

Meanwhile, the President General of Abavo Clan Union, Comr. Jonathan Agbejiagwe who also paid a condolence visit to the bereaved family expressed sadness over the tragedy that has befallen Abavo kingdom, saying that with the help of the police, the murderers will be found and brought to book.