Tommy El Forastero, he said the facility and the activities going on perfectly detail corruption. 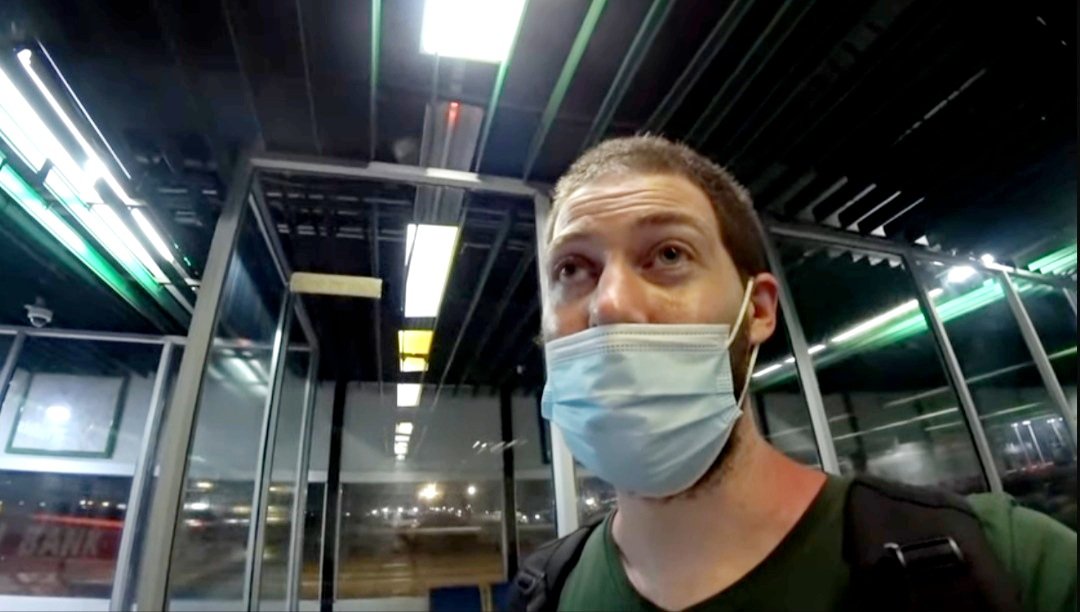 Sabbatical
The Murtala Muhammed International Airport (MMIA) in Lagos has been described as an extremely corrupt place.
An American vlogger, Sabbatical whose real name isTommy El Forastero said the facility and the activities going on perfectly detail corruption.
Sabbatical tours the world and shares experience with followers. He lamented how airport staff requested money at different points.
Forastero posted the video he made within the airport on his YouTube page.
“I have been around the world and I have never seen anything like this. I mean, it’s extremely corrupt. Picture corruption.
“The Nigerian airport, the Lagos airport is that very definition of corruption that would pop up in a dictionary. Literally everywhere”, he said.
Sabbatical looked worn out and was sweating which again confirms the minimal cooling system at the airport.
Nigerians and foreigners repeatedly complain they get hot, while having to endure workers that beg for money using delay tactics.
The criticism by Sabbatical came weeks after another American, Alina Oliver accused the workers of graft.
Watch video below:
Top Stories