The Lagosian stayed glued to the back of the bus while it was on high speed and manoeuvred through traffic. 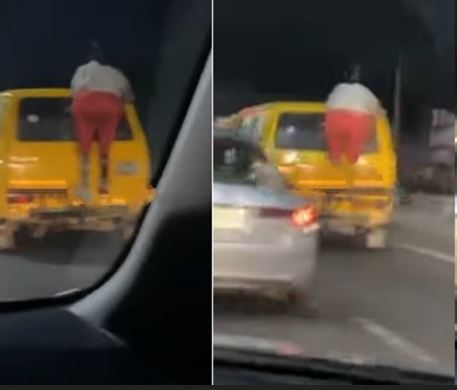 A video has surfaced online showing the moment a lady was seen hanging on the back of a commercial bus popularly known as Danfo which was in transit.

The scene was captured on tape early in the morning in the Ikeja area of Lagos state.

Although it looks like a lady from a distance, a closer inspection of the footage shows that it is actually a jester dressed in female clothes.

The Lagosian stayed glued to the back of the bus while it was on high speed and manoeuvered through traffic.