Okeke, as reported by his wife, Mrs Blessing Odinakachi, was allegedly killed in October by Chiadiobi, a former tenant of his, after a disagreement. 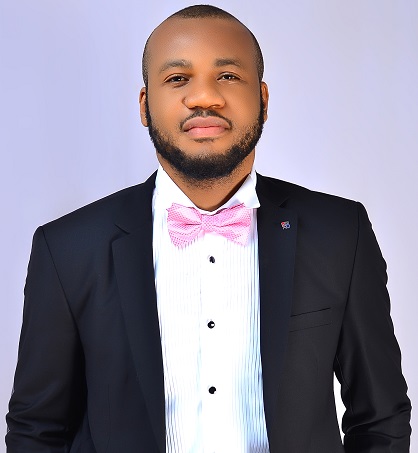 A man identified as Chiadiobi, has been arrested by the Anambra State Police Command.

Chiadiobi, an indigene of Enugu State and a butcher at Tarzan market, Nkpor, Anambra State, was nabbed over the killing of Kenechukwu Okeke, a supporter of President Muhammadu Buhari.

SaharaReporters had on Thursday reported that the pro-Muhammadu Buhari government activist who put up a vicious opposition against the #EndSARS campaign, was killed by yet-to-be-identified attackers in Anambra State.

According to Daily Post, Okeke was said to have been macheted by some assailants numbering seven.

Okeke, as reported by his wife, Mrs Blessing Odinakachi, was allegedly killed in October by Chiadiobi, a former tenant of his, after a disagreement.

Police spokesman, Ikenga, said the state police commissioner, Mr Echeng Eworo, gave an order for the suspect to be arrested and questioned over the death of Okeke.

Although details of the arrest are still sketchy, Ikenga said the suspect had discarded his phone number and gone into hiding when it dawned on him that the killing of Okeke had become public but he was later smoked out by police operatives.

“He is now helping police authorities with its investigations,” the police spokesman said.

SaharaReporters had on Thursday stated that Kenechukwu was infamous for dragging many celebrities and media outfits, including CNN to court for defaming President Muhammadu Buhari and his administration during the October 2020 #EndSARS campaign.

According to witnesses, the activist was attacked and killed in Nkpor, near Onitsha, Anambra State. His wife, Mrs Blessing Odinakachi Okeke and his daughter witnessed the attack.

SaharaReporters had in November 2020 reported that Kenechukwu sued 50 Nigerian celebrities including musicians David Adeleke popularly known as Davido, Tiwa Savage, Folarin Falana known more popularly as Falz and Aisha Yesufu for allegedly promoting the #EndSARS protest that swept across the country in October.

Kenechukwu, who had filed a motion on notice at the Federal Capital Territory Magistrates' Court, Abuja, alleged that the involvement of the celebrities in the protest led to violence across the country, resulting in the destruction of properties and loss of lives.