The remanded suspects are standing trial on three counts of conspiracy and murder. 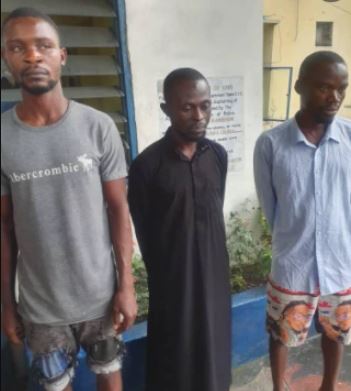 Two suspects have been remanded in a custodial centre by a magistrate’s court sitting in Port Harcourt for allegedly beheading a 9-year-old boy, Destiny Peter, in Agbandele community, Emuoha Local Government Area of Rivers State.

We had reported that the dismembered body of the schoolboy was recovered in the bush on November 12, a day after he was declared missing.

Investigation by the police led to the arrest of the three suspects, Kenneth Sylvanus, Chibuzor Amadi and Chijioke Ogbonnah.

Kenneth Sylvanus and Chijioke Ogbonna, are standing trial on three counts of conspiracy and murder.

When the matter was called, Sylvanus informed the court that a third suspect in the case, Chibuzor Amadi, was granted bail by the police before their arraignment.

In his ruling, Chief Magistrate I.F. Iyabo, remanded the two defendants and directed the prosecutor to liaise with the attorney general’s office to produce the third accused person on the next adjourned date of Monday, December 6, 2021.