It Is Not Easy Looking For Money - Singer, Tiwa Savage Laments


The mother-of-one took to her Snapchat story on Thursday, where she stated that she had a meeting to attend. 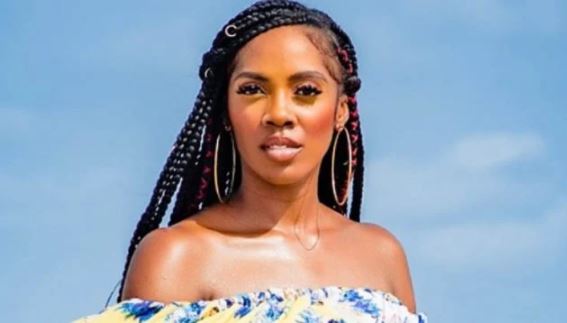 Tiwa Savage, the Nigerian singer, has stated that looking for money wasn’t easy, as she questioned why her father wasn’t the richest man in Africa, Aliko Dangote.

The mother-of-one took to her Snapchat story on Thursday, where she stated that she had a meeting to attend.

She wrote, “I have one more meeting. It’s not easy looking for money. God help me. But why my papa no be Dangote or something like that? (May his soul rest in peace though).”

The sonorous singer had announced the death of her father on the 19th of July, 2021.

In a star-studded elaborate ceremony on September 3, 2021, Tiwa Savage buried her father in Lagos, shortly after the release of her Extended Play project ‘Water and Garri’.

The singer had earlier revealed that the death of her father was the reason she postponed her music tour which was scheduled for 2021.

She had said, “I was originally supposed to go on tour this year but everything was brought back. As some of you guys know, I lost my father. So I had to, understandably, push my tour.”

The Koroba crooner, however, had promised fans that her music tour would hold in 2022.