The woman tells how her 19-month-old son, Obinna Udeze, died allegedly from being flogged in school. 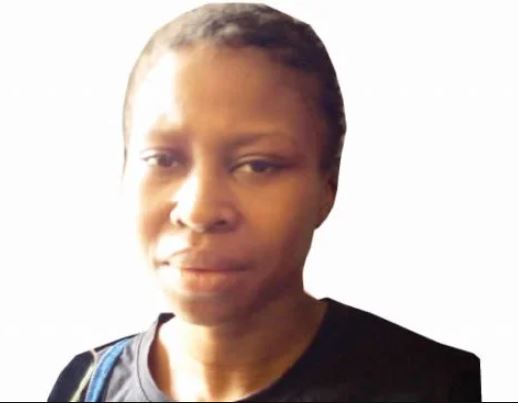 My name is Gift of Ohanazoeze. I am 28 years and I am the mother of late Obinna.

What exactly led to Obinna’s death?

On February 10, I took my child to Arise and Shine Primary School here in Asaba, He was very healthy when I dropped him at school but when I went to pick him after school, he did not look healthy at all and on closer look at him, I discovered several bruises on his body. So, the following day I went to the school with the child and on getting to school, I met the proprietress who happens to live on the school premises.  I asked her why my child was flogged so much in that manner. In response, she asked me if I knew the gravity of my son’s offence. Then I asked her what kind of offence a child of one year and seven months would commit to warrant that kind of beating.

Did you go back to the school the following day?

Yes, the following day, I took my child to the school and that was when I even saw the injuries very well. The bruises were many. As I was making noise, creating scene for the teachers to come out, pupils from the classes came out and said, “Mummy Obi, our Big Mummy (the proprietress), one uncle and one aunty tied Obinnas hands and legs with white handkerchief and flogged him.” I asked them who Big Mummy was, then they pointed at the proprietress. So, I confronted her and said, “Madam, so you were the one who flogged my child.” She said (it was because) Obinna was stubborn; she did not deny beating the child. When I asked her who to name the person who held and tied my son’s hands and legs, the son of the proprietress, who is also a teacher in the school, came out and responded that he was the one. That was when my younger brother, who accompanied me, confronted him and said, “Bros, you have the mind to flog a little child in this manner?”  The proprietress’s son immediately slapped my brother. By then a crowd had gathered and people told him that what he did was wrong. They said it was wrong for him to flog a one year and seven months old child and then slap a member of the child’s family for asking questions.

Because of the condition of the boy, we immediately took him to the Federal Medical Centre, Asaba. On getting there, he was already weak. They commenced treatment. He went into a coma and then he gave up the ghost on Saturday.

What did you do then?

We reported the matter to the police. The police went to the proprietress’ house, but on getting there, it was discovered that she had run away with her family. I then decided to go to the Government House to report the case, so that government can tell the police to look for the woman because I want justice. My grandmother followed me and on our way to the Government House, we saw the proprietress running away with her family, including her husband. We saw them stopping a taxi car asking the driver to convery them to Onitsha park.

She was telling the driver to hurry up and should not worry about the fare, that they would pay her any amount.

But I immediately moved to her and held her by her clothes and asked her, “Where are you hurrying to that you don’t mind paying the taxi any amount? She was shocked to see us.

She then said pressure was too much on her and she was going away to rest for a while. She said she heard that my son was dead. My grandmother then asked her where she got the information. She replied that somebody phoned her to tell her. My grandmother then said to her: “You want to run away because the child is dead?”  So, we held her and called the police. They came and took her and her family to police station.

Was Obinna your only child?

What about the female teacher?

The female teacher has also run away. This (Monday) morning, I heard some people alerting my mother that the woman came to pack her belongings. The neighbours raised the alarm and she ran away. As I speak, her door is still open.

I am a graduate but there is no job. The reason I registered my child in the school, even though he was just one year and seven months old, was so that I could look for a job, so that I can earn a living.

What about your husband?

I am a single mother.