A source in the university said students woke up around 5.30pm and found the snake on the bed. 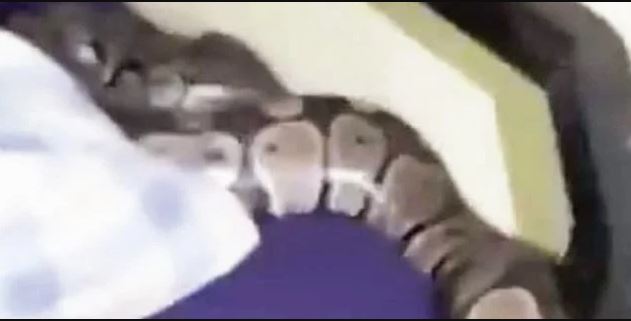 In what will come across as a really shocking development, serious fear has gripped students of Novena University, Ogume, in the Ndokwa West Local Government Area of Delta State, after a python invaded a female hostel in the school.

According to The PUNCH, it was gathered that the python was found early Monday, creating panic among students.

A source in the university said students woke up around 5.30pm and found the snake on the bed.

“We saw a big snake that slept overnight with us on the same bed in one of the female hostels.

“The snake crawled into the hostel and found its way to the bed. One of the female students who slept in the room screamed, which drew the attention of other students. As I speak, they have vacated the hostel,” the source added.

The Public Relations Officer of the institution, Mr Emmanuel Odishika, confirmed the incident.

He said, “The community has a sacred snake and from time to time students run into it, but it does not hurt anybody.

“The university is over 16 years old, founded in 2005, and since then, the snake never hurt anybody. The snake is not harmful.

“We usually give students orientation whenever we admit new students; older students don’t panic because they are aware of it. We cannot restrict the snake’s movement.”

Odishika said there was no overgrown grass on the school premises, adding that the snake did not require weed to visit the school.