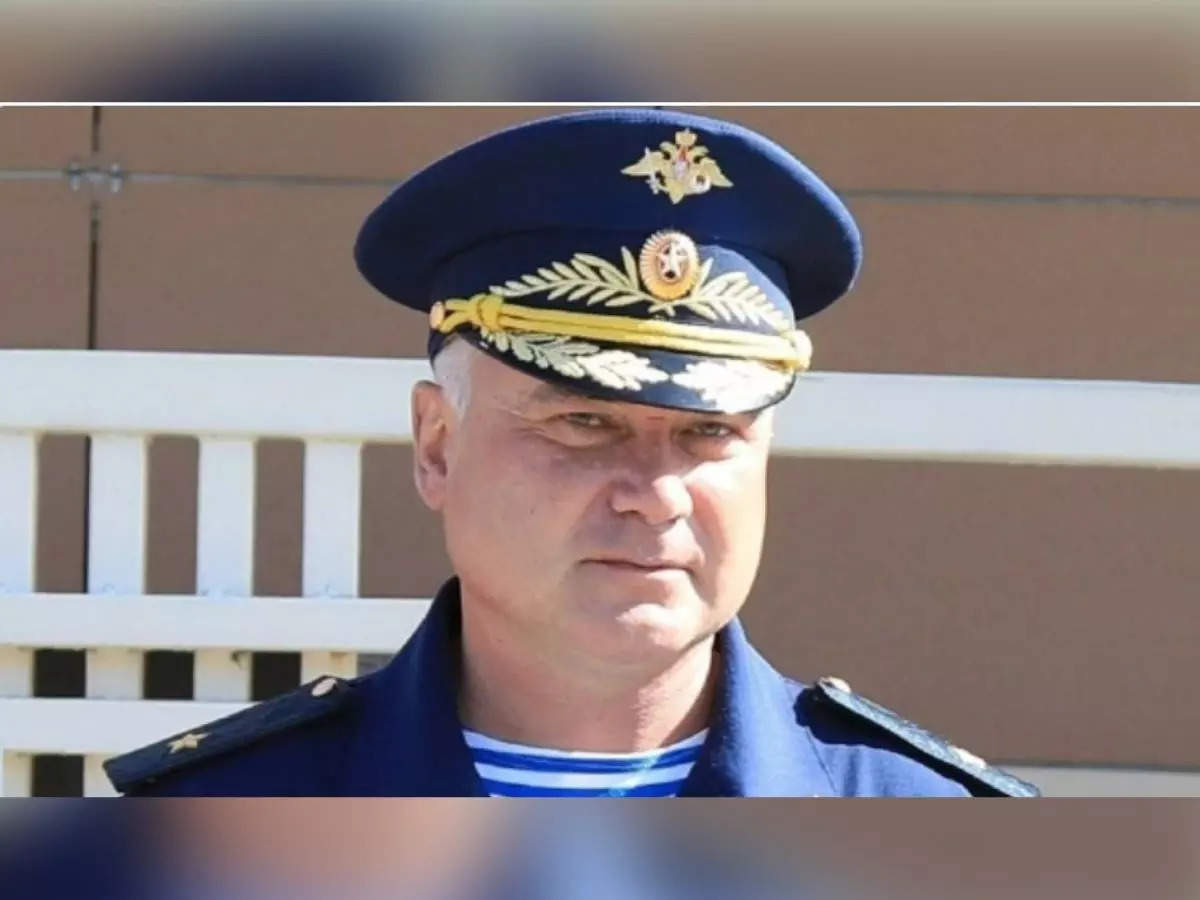 Andrei Sukhovetsky
Russia has suffered a shocking blow in the war against Ukraine after its top general was reportedly yesterday.
Andrei Sukhovetsky, deputy commander of the 41st Combined Arms Army of the Central Military District, died yesterday, Ukrainian news outlets reported.
They referred to a post on Russian social media platform VKontakte written by Sergei Chipilev, a deputy of the Russian veteran's group, Combat Brotherhood.
It said: ‘It is with great sorrow that we learned of the tragic news about the death of our friend, Major General Andrei Aleksandrovich Sukhovetsky, on the territory of Ukraine during a special operation.’
After graduating from the Ryazan Higher Airborne Command School in 1995, Sukhovetsky started his career path as a platoon commander. He went on to become chief of staff of the Guards airborne assault unit.
Ukrainian outlet Fakti said he had been in his latest role since October 2021 and was based in Novosibirsk.
Yesterday the Russian Ministry of Defence said 498 of its servicemen were killed, more than 1,500 were injured since the invasion of Ukraine was launched last Thursday.
Defence ministry spokesman Igor Konashenkov rejected reports about ‘incalculable losses’ among Russian forces as ‘disinformation’. But Ukraine has said the true number of Russian troops killed is higher than Moscow admits.
Konashenkov denied that conscripts or cadets have been involved in the operation in Ukraine, dismissing media reports suggesting otherwise. But Russian independent organisations that help parents find their sons have said were taking part and had been made to sign documents before crossing the border.
Konashenkov also said more than 2,870 Ukrainian troops have been killed and some 3,700 more sustained injuries, while 572 others have been captured by the Russians.
The claim is yet to be independently verified, and Ukraine has not commented on these figures.
Ukraine’s State Emergency Service said that more than 2,000 civilians have died in the conflict, but again the claim has not been verified.
Top Stories