The police had handed over Kyari to the NDLEA on February 14, 2022 for prosecution for drug-related offences. 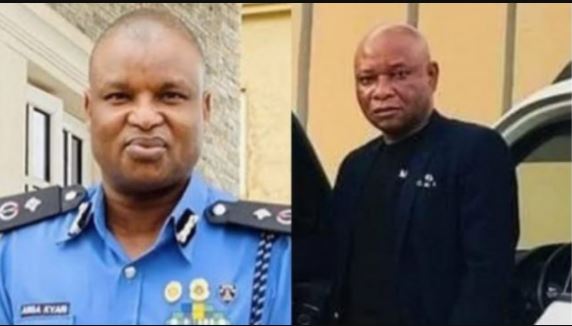 It is now three weeks after the arrest of narcotics suspect and Deputy Commissioner of Police, Abba Kyari, however, the National Drug Law Enforcement Agency and the Nigeria Police Force are yet to apprehend fleeing ASP John Umoru, The PUNCH reports.

The police had handed over Kyari to the NDLEA on February 14, 2022 for prosecution for drug-related offences.

This was after the anti-narcotics agency said Kyari contacted one of its officers in Abuja and struck a deal to secure the release of a total of 25kg seized cocaine.

The NDLEA had also said it had photo and video evidence against Kyari, adding that the cop offered $61,400 to NDLEA officers who played along with him until his arrest.

The police thereafter handed Kyari alongside other accomplices to the NDLEA the same day. The other suspects include ACP Sunday Ubuah, ASP Bawa James, Inspr. Simon Agrigba and John Nuhu.

The police, however, declared ASP John Umoru as being on the run even as it suspended all the officers indicted in the case now in court.

When contacted on Friday whether Umoru had been arrested, an official in the Public Relations Department at the NDLEA refused to comment on the matter but rather directed our correspondent to the NDLEA spokesperson, Femi Babafemi.

Efforts to get the reaction of Babafemi, however, proved abortive as of press time as his line was switched off.

Also, acting Force Public Relations Officer, Muyiwa Adejobi, said he would revert when our correspondent contacted him on Friday on whether Umoru had been apprehended.

Meanwhile, the attempt by the Federal Government to extradite embattled Kyari might have hit a brick wall as there are pending charges against him before a Federal High Court by the NDLEA.

Kyari’s ordeal started last July after the Federal Bureau of Investigation in the United States indicted the cop for his alleged role in a $1m scam allegedly perpetrated by alleged international Internet fraudster Ramon Abbas, aka, Hushpuppi and five others.

The FBI had said Hushpuppi paid Kyari N8m or $20,600 for the arrest and detention of a “co-conspirator,” Chibuzo Vincent.

The United States Attorney’s Office at the Central District of California had declared Kyari wanted but many rights group alleged that the Nigerian government was shielding him from extradition to face prosecution in the US.