The protesters also marched to the zonal police command, Ukpo and the Palace of the clan head of Dunukofia, Igwe Robert C. Eze, Okofia VI. 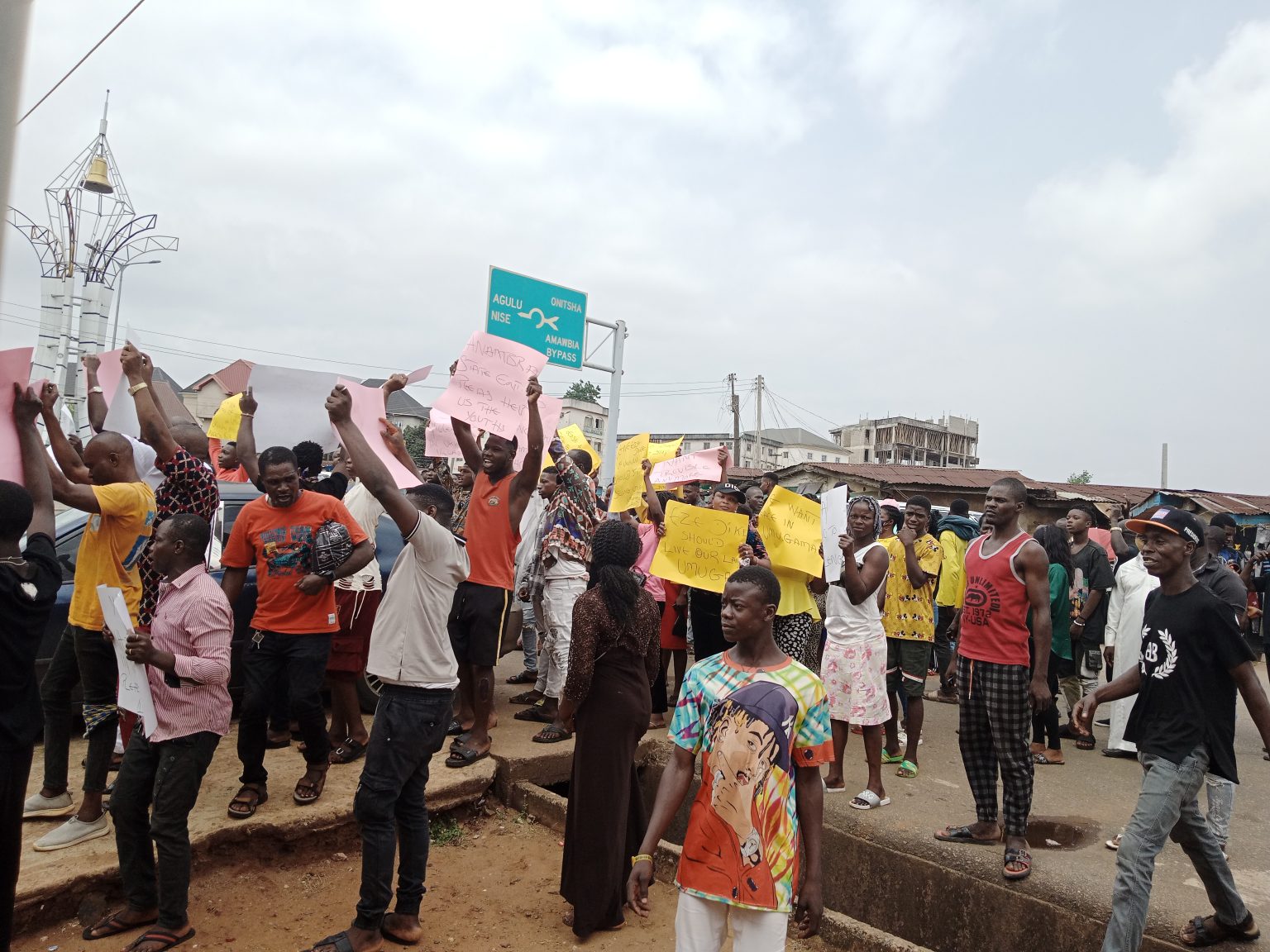 Daily Post reports that the many youths of Umugama village in Ukwulu Community of Dunukofia Local Government Area, Anambra State on Friday protested to Anambra State Police headquarters, blocking the gate to draw the attention of the commissioner.

The youths who wore black clothes accused their monarch, Igwe Peter Uyanwa of land grabbing, stating that he has also been using police operatives to arrest and lock up members of the community who dared to oppose his decision.

The youths led by Mr Philip Dilibe accused the monarch of selling off their land. They chanted derogatory songs asking their ruler to leave their lands for them while wielding placards with various inscriptions.

Some of the placards read: ‘Stop violence in Umugama’, ‘Igwe Ezedike stop selling our lands’, ‘we need peace in our land, not violence’, among others.

The protesters also marched to the zonal police command, Ukpo and the Palace of the clan head of Dunukofia, Igwe Robert C. Eze, Okofia VI.

At the state Police Command, representative of the Commissioner of Police and the Police Spokesman, DSP Ikenga Tochukwu advised the protesters to get an attorney to articulate their grievances in the form of a petition and that the commissioner will work on it to ensure peace in the community.

“We are happy that you are protesting peacefully, and we want to assure you that the commissioner will look into your petition once you write him formally and will ensure that investigation is carried out, and your grievances will be addressed,” Ikenga told the protesters.

Meanwhile, the traditional ruler of Ukwulu, Igwe Peter Uyanwa who spoke to DAILY POST on phone denied having anything to do with land belonging to Umugama village.

He said: “That village is having their own crisis, and I’m not from that village, and I have nothing to do with their land, even though I’m their traditional ruler.

“They even told me they wanted to protest at my palace today for me to settle the dispute they have, but I said no, I didn’t want to receive visitors. What you must know is that more than 80 per cent of the protesters are not my subjects, they were just hired for the protest. I don’t have even one plot of land in that village.”