Justice Inyang Ekwo on Thursday March 10, fixed the suit following an application for joinder and the submissions of lawyers in the matter. 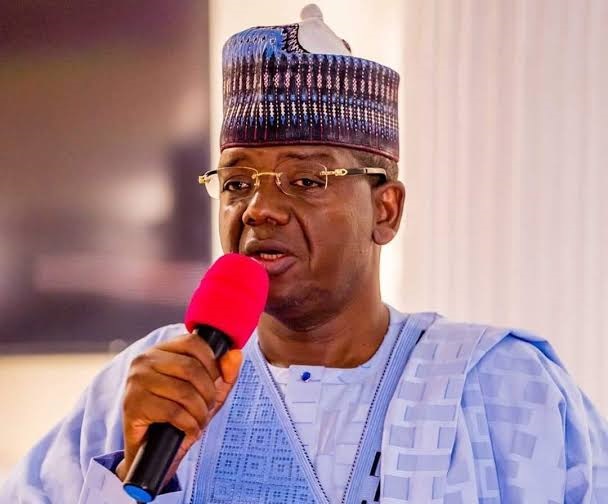 The Peoples Democratic Party has intensified effort to remove Bello Matawalle as Governor of Zamfara after he dumped the party and joined the All Progressives Congress.
This comes after the party obtained a court judgement which sacked David Umahi as Governor of Ebonyi state for defecting to the All Progressives Congress, the opposition party.
In a suit challenging Matawalle for decamping to APC, the Federal High Court in Abuja has now fixed April 7 for hearing of PDP's lawsuit against the Zamfara Governor.
The PDP is asking the court to declare impeached Deputy Governor Mahdi Aliyu Gusau as the duly elected governor of Zamfara State.
In the originating summons by its lawyer, Emmanuel Ukala (SAN), PDP is seeking a declaration that sequel to the Supreme Court judgement of 2019 in APC and another Senator Kabiru Marafa and 179 others, only members of the PDP, including Matawalle then, were entitled to hold the office of the governor and deputy governor or member of the Zamfara State House of Assembly “or occupy any position or seat as a senator or member of the House of Representatives of the Nigerian National Assembly for the purpose of representing any senatorial district or electoral constituency in Zamfara State for the period beginning from May 29, 2019 and ending May 28, 2023.”
PDP is also asking the court to sack about 37 members of the National Assembly and the state assembly who defected to the ruling All Progressives Congress (APC).
Justice Inyang Ekwo on Thursday March 10, fixed the suit following an application for joinder and the submissions of lawyers in the matter.
Lawyers to the defendants led by Mike Ozekhome (SAN) have asked for an extension of time to file their responses to the matter.
Top Stories