In an interview, Kisa revealed that she is reaping the benefits of the money she invested in her appearance. 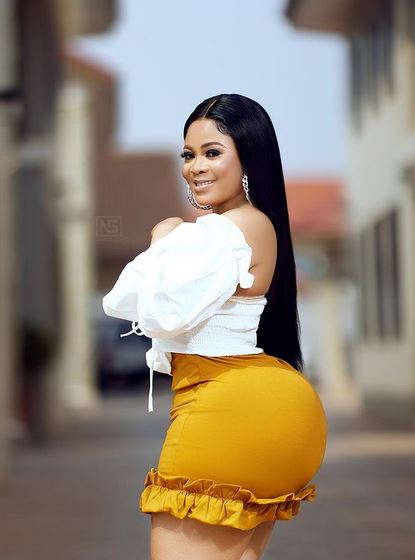 Popular Ghanaian actress Kisa Gbekle has opened up on the attention she has been receiving after undergoing plastic surgery in 2021.

In an interview with Delay, Kisa revealed that she is reaping the benefits of the money she invested in her appearance.

The actress who declared 2022 as her "a*hawo season", further revealed that her DM is now filled with messages from men who are attracted to her over her new shape.

“I sold my players, after that, I went under the knife.

“I don’t think it is a good idea, because I have other players whom I have to groom and also shower them with presents. Currently, there’s no money but things are looking positive. Looking fine is good because wherever you go, men will approach you. My DMs are flooded with messages. This 2022 is my a*hawo season.”