The military helicopter was deployed to the area in response to the killing of over 60 vigilantes and 18 soldiers of the Nigerian Army by terrorists at Zuru on March 8. 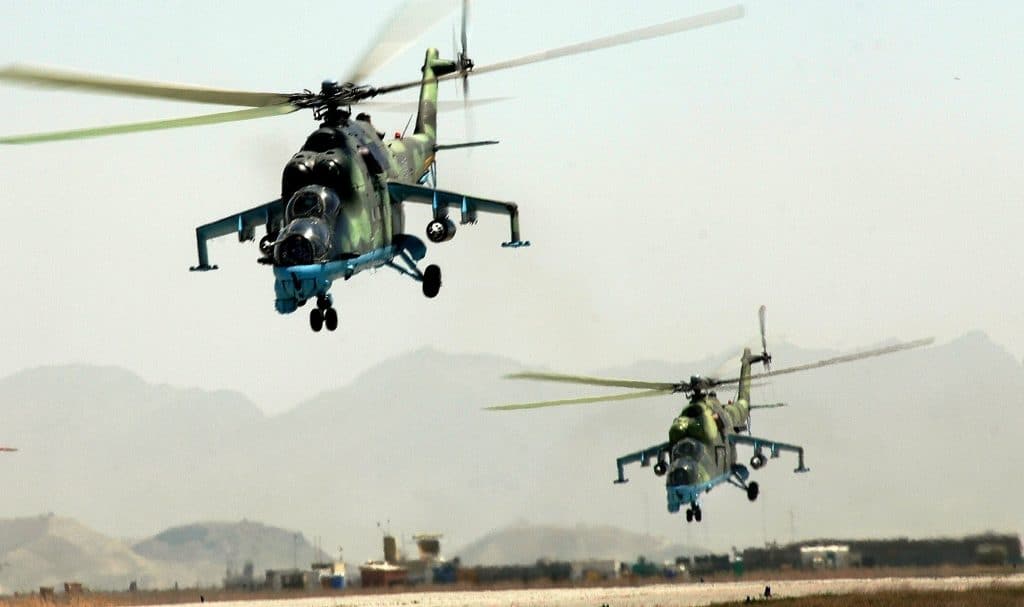 According to a report by SaharaReporters, a Nigerian military helicopter deployed to flush out terrorists, who attacked several communities under Sakaba Local Government Area of Kebbi State on March 9, 2022, has mistakenly bombed Keri Village in the Dirindaji region, killing two residents and injuring several others in the process.

SaharaReporters reliably gathered that the military helicopter was deployed to the area in response to the killing of over 60 vigilantes and 18 soldiers of the Nigerian Army by terrorists at Zuru on March 8.

Insurgents in large numbers had invaded several villages under Sakaba Local Government Area of the state earlier this week, looting food items, rustling cattle and attacking residents as they advanced towards Zamfara State.

Upon getting credible intelligence on the activities of the terrorists and the havoc they had wreaked in the region, the military helicopter was thrown into the fray to help decimate the advancing terrorists.

While the mission to neutralise the insurgents was largely successful, the bombing of Keri Village resulting in deaths and injuries casts a dark shadow on that exercise.

A resident of the area, who spoke with SaharaReporters on Friday, disclosed that the bomb destroyed a lot of houses and caused untold devastation in Keri Village.

“Seeing the devastating effects of the activities of the bandits in this region, an air force helicopter was on Wednesday, March 9, 2022, sent to Dirindaji to intervene. Unfortunately, the helicopter dropped a bomb on the homes of residents in a village called Keri under Sakaba Local Government Area of Kebbi State. The airstrike killed two people and left several others injured.

“Many residents of the village have become homeless because the bombs destroyed a lot of houses and decimated most parts of the community.

“It is almost impossible for residents to remain in that location under the threat of serious attacks of this magnitude. A lot of them have moved to safer locations because worse things can happen in the days ahead,” the resident, who identified himself only as head of Zuru Deanery, a missionary group, said.

In a signal seen by SaharaReporters on Thursday, the Nigerian Army confirmed that indeed 18 of its personnel were killed by terrorists in Kebbi during the week.

The army authorities disclosed that the soldiers from Light Tank Battalion engaged in a fierce gun battle with the hoodlums – a situation that also left eight other soldiers wounded and two more missing till date.

Sadly, it is not the first time that the Nigerian military would mistakenly bomb defenceless civilians in the Northern part of the country where the fight against insurgency has been ongoing for several years.

For instance, in September 2021, a fighter jet operated by the Nigerian Air Force mistakenly dropped a bomb on Kwatar Daban Masara, 50 kilometres from the Borno State capital, Maiduguri, killing 20 people said to be fishermen.

Two weeks before that time, the Nigerian military bombed Buwari village in Yobe, killing at least 12 people while many others were seriously injured.

On June 13, 2021, an offensive aerial bombardment of the Nigerian Air Force Alpha jet carried out around Genu town in Niger State resulted in the killing of some wedding guests though many fleeing armed bandits were eliminated in the process.

On April 26, 2021, an Air Force fighter jet on a mission against Boko Haram extremists mistakenly bombed men of the Nigerian Army, killing over 20 officers.

In 2017, an air force pilot dropped a bomb on a village in Rann, Borno, killing dozens of civilians. The incident also left over 100 persons injured.

Residents of communities across North-Eastern Nigeria where the battle against terrorism has been ongoing for over a decade, have constantly reported civilian casualties in constant bombardments by the military in the region.