Upon turning, he saw his son and they hugged passionately which triggered lots of emotions. 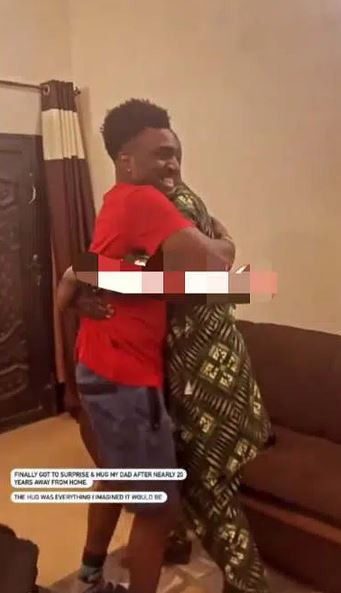 A video has captured the emotional moment a father reunited with his US-based son who has been away for 20 years.

The elderly man who was taken unawares was left confused at the manner other family members were laughing when he stepped in without knowing his son hid behind him.

Upon turning, he saw his son and they hugged passionately which triggered lots of emotions.