According to Bri, the woman added the side chicks of her husband to a group chat so they can discuss her husband. 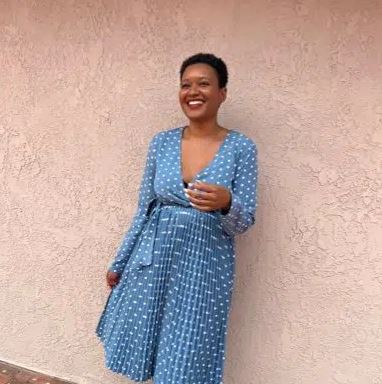 A lady with the Twitter handle, @BriEsquire has narrated how she met a man and  exchanged numbers with him only to wake up to a group chat by his alleged wife.

According to Bri, the woman added the side chicks of her husband to a group chat so they can discuss about her husband.

“Met a man named Drew like 3 days ago. We exchanged numbers. This morning I woke up in a group chat, started by his alleged wife, with 8 other women. It’s been comedy and chaos ever since. Y’all. He got five kids 😭

Apparently one of Drew’s coworkers was added to the chat so she started exposing the alleged wife, saying how they are separated now and she should stop the mess.

Another girl was texting Drew on the side and shared screenshots of Drew asking to be added to the chat😂😂. I guess he wanted to defend his honor.” 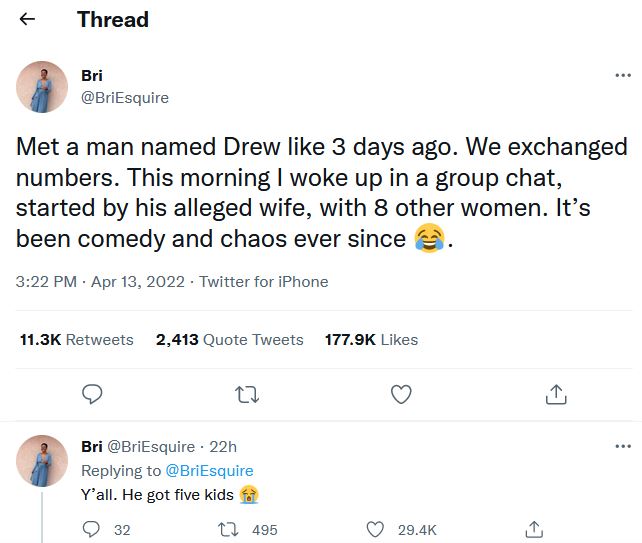 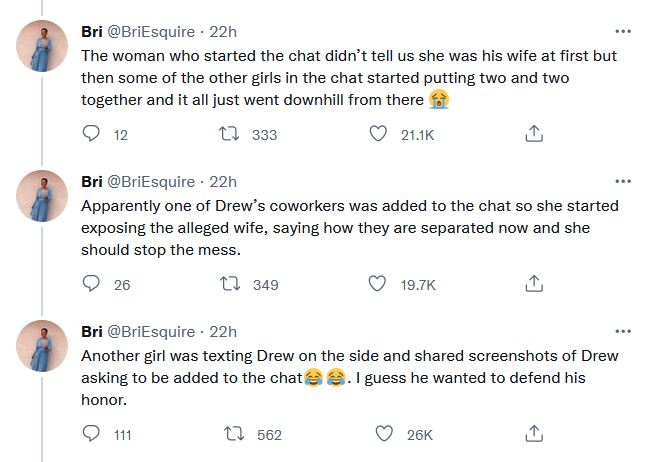