It was gathered that Fynecontry, who deals in diesel supply, was approached by the couple for 33,000 litres of diesel needed at their quarry site in the Epe area of Lagos State. 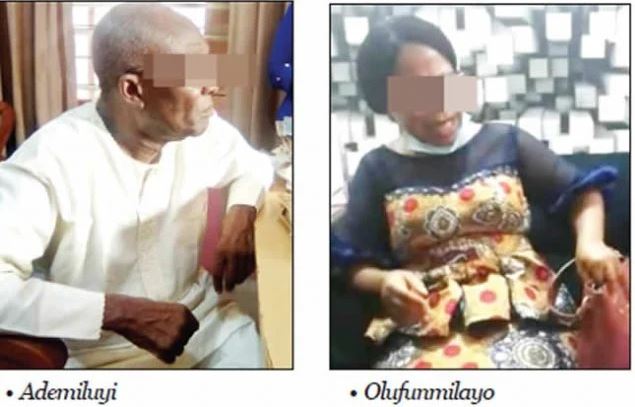 Tonye Fynecontry, a businessman, has accused an Osun State prince, Gbongboade Ademiluyi, and his wife, Olufunmilayo, of defrauding him of N6.6m.

PUNCH Metro gathered that Fynecontry, who deals in diesel supply, was approached by the couple for 33,000 litres of diesel needed at their quarry site in the Epe area of Lagos State.

They reportedly chose the Cross Country yard along Ajah Road as the location for the delivery of the diesel and allegedly made the businessman to secure a N6.6m loan to facilitate the supply of the product on their behalf.

Speaking to our correspondent, Fynecontry said relevant documents, including a N6.6m post-dated cheque, were obtained from the couple before he secured the loan and supplied the diesel.

The businessman, however, noted that things took another turn when the N6.6m post-dated cheque the couple handed over to him bounced when he presented it at the bank.

Fynecontry said, “Prince Gbongboade Ademiluyi and his wife said they have a quarry and told me to supply diesel to them and the payment would be made after 14 days. I told them I had no money for the supply. I requested a loan from a microfinance bank for the order after they agreed to pay me back.

“The couple provided a local purchase order using the letterhead of their company; a letter requesting for supply of AGO on credit to their company, Good King Son Global Limited; a reference letter in favour of their company from the bank; the identification card of his wife, who stood as a guarantor; and a N6.6m post-dated cheque from Access Bank with the company’s name.

“All these documents were used in facilitating the loan and the money was paid. So, on September 23, 2020, I supplied the diesel to them and they acknowledged the waybill and that of my company and the personal invoice that the diesel was received by them.

“The post-dated cheque was for 14 days, which was supposed to expire on October 12. But on October 11, they called to inform me not to present the cheque on October 12 because the money in the account was just N4m. They requested a two-week extension and I agreed.

“Around the end of October, I presented the cheque at the bank and requested the money to be paid into my company’s bank account, but surprisingly, the cheque got bounced. I began suspecting something fraudulent had happened.”

Fynecontry said his lawyer petitioned the Zone 2 Police Command, Onikan, regarding the case, but when he led policemen to Ademiluyi’s house on Gbagada Estate, Phase 2, they discovered that the couple had fled.

He said, “We were searching for them when the Zone 2 Command said it received a signal from the Force Criminal Investigation Department, Alagbon, to transfer my case to the FCID. At that point, I knew they were trying to scuttle the case.

“I know Ademiluyi is a prince from Ile-Ife, so I went to the Ooni of Ife to report the case. Ademiluyi was summoned and when he came, different Obas while questioning him, found Ademiluyi guilty.

“The police were invited to arrest him and from there, he was transferred to the SCID in Ogbomoso, where he was detained for two days.  But because he was a prince, he was granted the chance to write an undertaking and he indicated he would pay my money in a month.

“He was later released. But when he returned to Lagos, he disappeared. So, I decided to go the FCID where one Supol Temenu Yemi had called me to come to settle my case with Ademiluyi and his wife. I informed Supol Yemi that the couple had gone missing; she started collecting money from me to track them but kept providing wrong locations.”

The businessman said the couple was still at large when he petitioned the Federal Neuropsychiatric Hospital, Yaba, where Ademiluyi’s wife was a worker, adding that he later met with the managing director of the medical facility regarding the case.

The aggrieved businessman said despite being queried by the MD for ignoring calls for a meeting regarding the matter, Olufunmilayo, who would soon retire from service, showed up unannounced at the office, adding that he (Fynecontry) quickly informed the FCID and she was arrested.

Fynecontry said, “She was detained for three days and later, they said they gave her EFCC bail, but Supol Yemi refused charging the matter to court.

“I have been ridiculed because of my debts; my name has been published to all my contacts, families and friends because I could not pay up. I don’t want them to run away with my money.”

A video clip showing Ademiluyi being questioned by the Obas at Ile-Ife was seen by our correspondent.

Ademiluyi, when contacted, said, “The allegation levelled against me and my wife is absolutely different from what the young man told you. However, the matter is still under investigation and I sincerely advise that we wait for the outcome.”

Efforts to get his wife, Olufunmilayo, to react to the allegations proved abortive, as calls and messages sent to her telephone numbers were ignored.

The Managing Director, Federal Neuropsychiatric Hospital, Yaba, Dr Olugbenga Owoeye, said a committee had been set up to investigate the matter.

He said, “The man thought we were shielding her from arrest, but we made sure that the police arrested her at our working place. We have set up a committee to investigate the case and I am currently waiting for the outcome.

“The nurse will soon retire, but we are doing our homework to make sure the person owed is paid. We are not part of the issue, but we empathise with the man on the issue and we are dealing with it officially.”

The spokesperson for the FCID, Niyi Ogundeyi, said, “The couple has a lot of cases on their neck; I have met with the Assistant Commissioner of Police handling the case and I have been told efforts had been expended on making sure the money is recovered from the woman to Fynecontry.

“The management at Neuropsychiatric Hospital, Yaba, said the woman would soon retire and that if she does not pay Fynecontry his money before retiring, the money would be deducted from her gratuity/pension.

“But when Fynecontry became impatient about the investigation, the police made a report and transferred it to the legal department for advice. Legal has advised that the case should be charged to court.”