Tonto Dikeh reached out to the actress via an Instagram post where she recounted how Genevieve treated her. 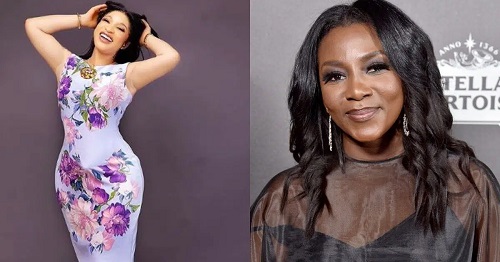 Nollywood actress, Tonto Dikeh has opened up on her relationship with veteran, Genevieve Nnaji.
Tonto talked about Genevieve following reports that she's currently hospitalized in Houston Texas, USA over a mental disorder.
Controversial blogger, Gistlovers who broke the news yesterday revealed that the actress’ incessant use of hard drugs led to this ailment.
Reacting to this report, Tonto Dikeh wrote:
“Since the day you treated me like a younger sister and not a fan nor junior colleague I knew I WILL LOVE YOU FOREVER…
To know you, is to deeply LOVE YOU MAMA🥰🌹”
Check out the post below: