The senior lawyer wanted the NBA to shift the location of the conference to another northern state instead. 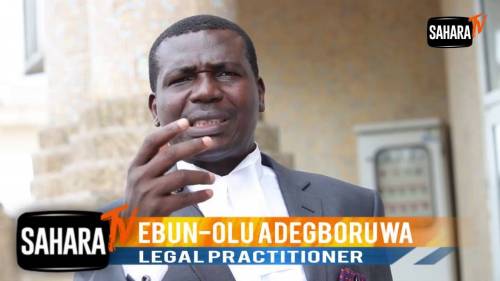 Ebun-Olu Adegboruwa, a Lagos-based Senior Advocate of Nigeria, has urged the Nigerian Bar Association (NBA) to rescind her decision to hold a conference in Sokoto over the gruesome death of Deborah Samuel.

The senior lawyer wanted the NBA to shift the location of the conference to another northern state instead.

He said, "I humbly urge NBA-SPIDEL not to hold any meeting or conference in the State where a Nigerian citizen has been brutally murdered and burnt to death.

"It is barbaric and lawyers should not be seen dancing on her grave in that State.

"We should make a statement to the government by canceling the Conference and hold it in a neighboring State in the North," Mr Ebun-Olu added.

SaharaReporters had reported that the female student was killed and burnt to death on Thursday by her fellow students for allegedly insulting Prophet Muhammad (SAW).

The Sokoto State police command on Thursday confirmed the arrest of two students suspected to be involved in the killing of Ms Deborah for alleged blasphemy in Sokoto.