Anosike is alleged to be seeing these two actresses even after tying the knot with Rita Dominic. 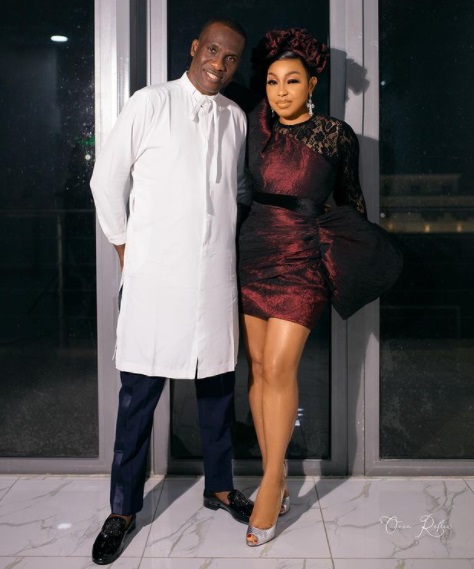 Nollywood actress, Rita Dominic's husband Fidelis Anosike has been accused of cheating.
The allegation comes months after he married the star actress.
He is alleged to be in a romantic relationships with two undisclosed actresses.
The allegation was made by controversial IG blog, Gistlovers.
The blog claimed that Anosike is still seeing these two actresses even after tying the knot with Rita Dominic.
It was also alleged that he was dating three of them (Rita and the two actresses) before he got married to Rita Dominic and has now chosen to keep extra-marital affairs.
Gistlovers further disclosed that these two actresses were present at the couple’s wedding, danced energetically and even gave them gift items.
Check out screenshots of the post below: 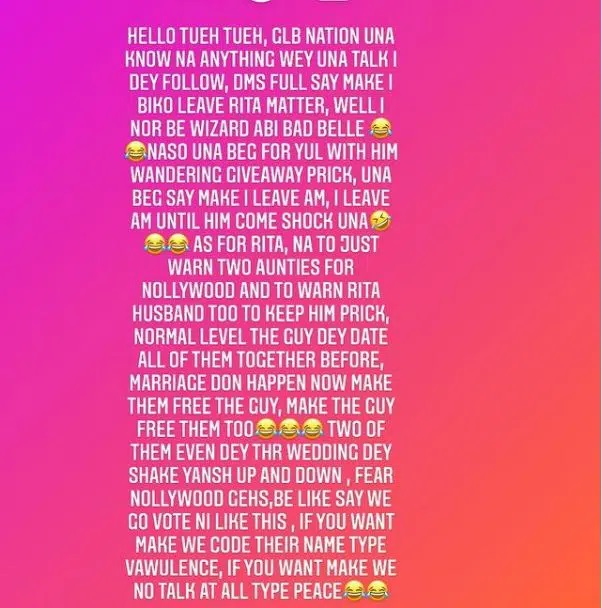