Suspected Car Snatcher Beaten To Death By Residents In Katsina


One of the suspects was intercepted by some residents of Charanchi and killed while taking the vehicle outside the state. 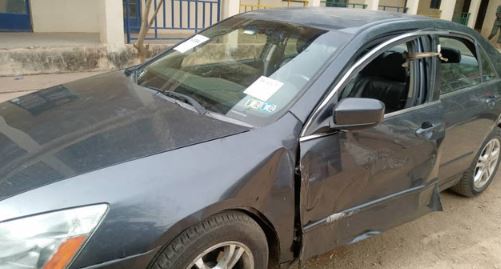 Suspected Car Snatcher Beaten To Death By Residents In Katsina

A suspected car thief got more than he bargained for after he was nabbed by residents and beaten to death in Charanchi Local Government Area of Katsina State.

Spokesperson of the command, SP Gambo Isah, who confirmed the incident in a statement on said the suspect belonged to a notorious syndicate of armed robbers and car snatchers.

According to the PPRO, a five-man gang attacked a 52-year-old man and snatched his car at gunpoint.

One of the suspects was intercepted by some residents of Charanchi and killed while taking the vehicle outside the state.

"Today 21/05/2022 at about 1200hrs, a distress call was received that armed robbers numbering about five (5) in a motor vehicle, attacked one Alhaji Usman Abdulmumini, ‘M’, aged 52yrs of Charanchi LGA, while supervising work at his farm, in Kirkini village, Kankia LGA, at gun point and snatched away his motor vehicle Honda, Continue Discussion, blue in colour, with registration number CRC 135 KA, valued two million and six hundred thousand naira (N2,600,000:00K)," the statement read.

"On receipt of the report, DPO Charanchi led a team of policemen and blocked the Katsina – Kano highway at Charanchi town

"Consequently, the team successfully intercepted the stolen motor vehicle driven by one of the robbers, who tried to beat the police checkpoint and reversed back, but was subsequently intercepted by some community members and beating to death

"In the course of searching the motor vehicle, one Makarov Pistol with five (5) rounds of 0.8mm ammunition was recovered in his possession

"The Command is making efforts with a view to arresting other members of the syndicate that escaped in the other motor vehicle. Investigation is ongoing." 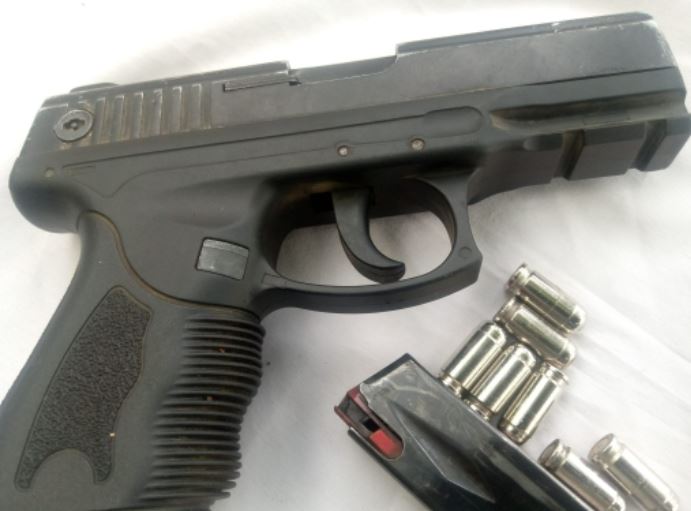