After the gruesome murder, the suspect locked the room from outside and called the area chief through his mobile phone and informed him that he had killed someone. 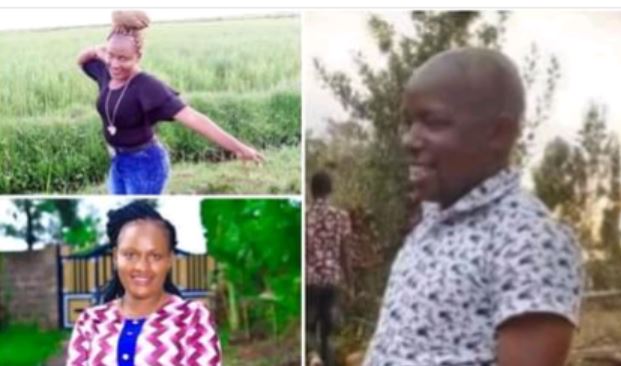 A married man identified as Simon Maina has been arrested by the police for allegedly stabbing his lover to death in Kirinyaga, Kenya.

The 46-year-old allegedly went berserk on Tuesday night, May 24 in Ngurubani town and repeatedly stabbed his lover, Jackline Irungu, killing her on the spot following a dispute.

According to witnesses, the man and the woman arrived at their rented room on Tuesday evening.

While inside, the duo differed over unknown reasons and a bitter exchange of words ensued. It was then that the suspect took a knife and fatally attacked the 30-year-old woman who is a trader in town.

After the gruesome murder, the suspect locked the room from outside and called the area chief through his mobile phone and informed him that he had killed someone.

Shocked, the administrator rushed to the scene and found the suspect outside the lodging and alerted the police.

Moments later, police arrived and seized the suspect whom they whisked off to Wang'uru police station for questioning.

When the officers broke into the room they found the victim naked, lying in a pool of blood in bed and removed her body to the mortuary.

He said investigations have commenced to establish the reasons the man eliminated his girlfriend in such a cruel manner.

"We would like to know why the suspect committed such a serious crime before a capital charge is preferred against him," he said.

Relatives who arrived at the scene shortly after the fatal attack, broke down and wept as the body of their daughter was being taken to the morgue.

Tebere ward MCA Gudson Muchina called on the authorities to investigate the incident and bring the culprit to face the law.

"It is bad to take away life of anyone and the officers should ensure the culprit is thoroughly investigated and punished according to the rule of law," he said.