The delegates, who were summoned to an emergency meeting at the Government House in Osogbo, had gathered as early as 8 am. 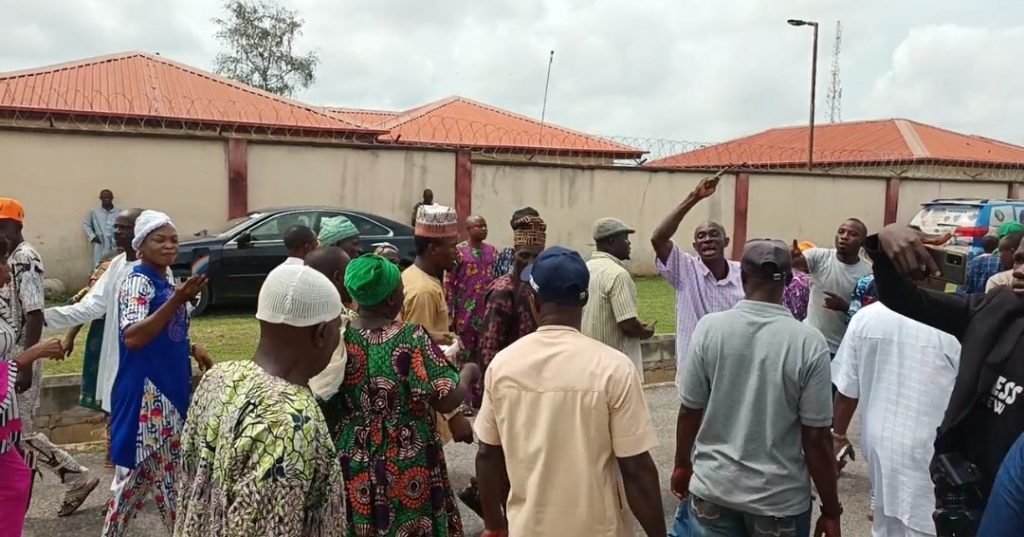 Accordingt to a report by Daily Post, a rather serious crisis has erupted at the Osun State Government House in Osogbo on Tuesday as delegates and members of the All Progressives Congress (APC) alleged that party leaders were planning to manipulate them.

The delegates, who are from each of the 31 local government areas that make up the state, also rejected moves by the party leadership to impose House of Assembly and National Assembly candidates on them.

The delegates, who were summoned to an emergency meeting at the Government House in Osogbo, had gathered as early as 8 am.

DAILY POST gathered that the purpose of the meeting was not stated in the messages sent to them by the party hierarchy and they were only asked to show up at the Government House.

It was also gathered that the crisis started when the first set of the delegates was called in to meet with the party leadership led by the State Chairman, Gboyega Famodun, as they alleged that they were asked to sign blank results sheets.

A delegate from Ila local government who preferred anonymity stated that the delegates who later stormed out of the hall in anger revealed that they were told to sign documents, which they supposedly said are results sheets, but no names were on it.

He stated that the party members refused to sign these documents and demanded to know the names of the winners.

“They asked the State Chairman of the party, Prince Gboyega Famodun, to declare who the party chose as candidates in each of the state and federal constituencies.

“But Famodun refused to disclose the candidates of the party for the State and National Assembly, insisting that the delegates must sign the result sheets.

“This made the delegates believe that they wanted to overrule the democracy of the people and replace the winners of the election with other candidates.

“Famodun angrily left the Banquet Hall of the Government House where the meeting was holding when it was obvious that the delegates were not ready to sign.

“The crowd stormed out in fury and disappointment and protested that the will of the people, should be the rule and demanded that the results should be announced as the election was free and fair,” the source concluded.