The actor was seen fist-bumping fans and drinking pints with Sam Fender and Jeff Beck at The Bridge Tavern in Gateshead while Amber was in court. 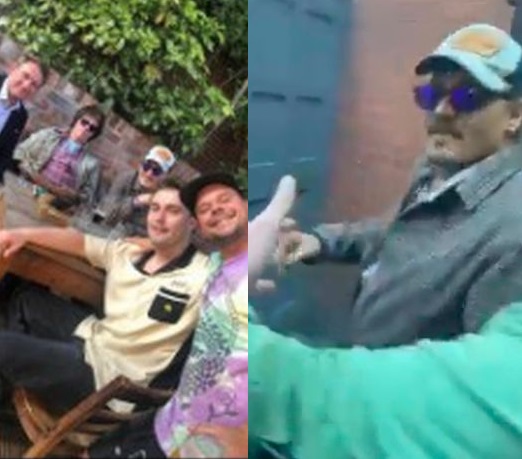 Hollywood actor, Johnny Depp has celebrated his victory in court with fans.
Recall that he won a defamation suit against ex-wife, Amber Heard.
He was spotted celebrating in a pub in Newcastle with singer Sam Fender.
The actor was alos seen fist-bumping fans and drinking pints with Sam Fender and Jeff Beck at The Bridge Tavern in Gateshead while Amber was in court.
He had fish and chips before he left to listen to the verdict in the court case verdict around 7pm.
Later, he was spotted celebrating his victory over Amber Heard in the Jam Jar venue in the Jesmond area of the city.
Janine Latchford, 33, the manageress of the Bridge Tavern, said that she could not believe it when Depp walked into the bar.
"I got to speak to him briefly - he was getting mobbed," she said.
"But he was the nicest guy I have met in my life and he was very polite and friendly with everyone. He is without doubt the most famous person we have ever had in here.
"He is probably the most famous man in the world at the moment because of the court case.
"He left just before the verdict and was heading off for a Zoom call to America. So I wished him good luck before he left and I think that he was going back to his hotel for that.
"He came in with Jeff Beck but he was quite subtle about it - so he was able to get some food on the terrace and we could give him some privacy before the crowds arrived.
"He was here for about two hours, he had fish and chips which he said that he loved.
"I was a massive fan of his during his Pirates of the Caribbean Days, I had big posters of him on the wall so it was surreal to see and meet him.
"I could not be happier when I heard that he had won, I followed the case.
"By the time he left, there were a few hundred people outside waiting to see him, I had to get extra security in on the door. The phone has not stopped ringing, people asking if he is still here - word gets around." 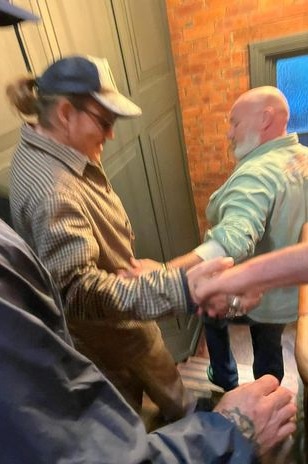